You are here: Home » Blogs & features » Voices from the Ground » My personal turmoil inspired me

My personal turmoil inspired me 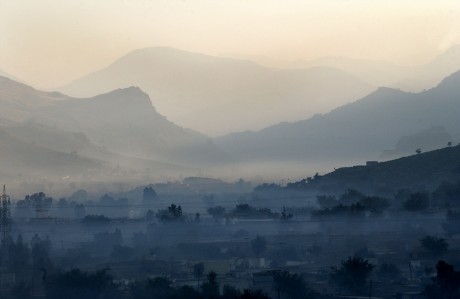 I first started working in development in the mid 80s when Afghan refugees started arriving in Pakistan after the Soviet invasion. I began working at the International Red Cross where I helped establish a women’s project.

It was my own personal turmoil at home that inspired me to do something on my own to help the most vulnerable people in society. So in 2003 I set up The Noor Educational Trust with a couple of friends who, like me, had a background in development.

The trust is based in Peshawar. We help women in crisis, victims of violence and abuse, homeless children and displaced people and youth.

There are almost no support structures for women, especially in this conservative region of Pakistan, so we decided to set up a shelter home for female victims of domestic abuse.

Mera Ghar (My Home) provides psychosocial counseling for women who have been victims of abuse. We give them legal advice as well. Our main aim is to enable them to make their own decisions about their future and to stand on their own two feet.

There is a daily schedule of activities at the shelter with group sessions and individual counseling. With very simple techniques we have seen a big improvement in these women’s lives. The women are encouraged to get jobs and move out of the shelter. Some are even reconciled with their families, but they go back on their own terms and we keep a check on them with follow-up calls and visits. The government-run crisis center now refers cases to us.

The women’s protection programme remains very close to my heart. In 2004, a year after setting up the trust, I made a total break with my own husband. We had been married almost 30 years. Over the years I have learnt to survive on the bare minimum. I have realised that I don’t need much money in life. Simple is good.

We first started doing relief work was in the camps set up for people fleeing the Taliban militancy in Swat. We’re now working with victims of the floods that have devastated so much of Pakistan.

For the first two days of the floods I was in a state of shock.

The water hit my province, Khyber Pakhtunkhwa (formally North West Frontier Province), on 27 July and caught everyone by surprise. At home in Peshawar I watched the images on TV and it affected me very badly. Entire villages and towns were submerged in a matter of hours. I called all the other non-governmental organisations and community groups working in Nowshera and Charsadda (the most affected areas located near the Kabul River). We held an emergency meeting and decided to work together to get relief items to the flood-hit areas.

We wanted to reach out to the most vulnerable people in the communities – the elderly, women and children. For the first week we provided them with cooked food, setting up kitchens in some of the local schools that had been spared by the floods. A lot of people gave us food to pass on to those affected by the floods.

In this kind of crisis, women’s needs are so often ignored. The Heinrich Boll Foundation gave us money for food and for preparing hygiene kits for women. The hygiene kits contain towels, soaps, Dettol, laundry soap and sanitary towels. These items are important because in some of the relief camps there were outbreaks of scabies. The flood water was muddy and dirty and many people are suffering from infections as a result. Pregnant women in particular are very vulnerable to infections.

Initially, we could only go where the roads were open to distribute aid. Then after eight days the water went down and we were able to access more areas and provide them with dry food rations.

The whole of Nowshera town was full of mud and there was a very bad stink of dead animals. They have cleared away the mud now and people are starting to repair their homes.

Some houses by the river were completely destroyed, however, and in the next phase of our work we are planning to build them new houses that are properly designed. We deliberately selected neighbourhoods that were located away from the main roads and had not received much aid from the government.

In this type of crisis, women and children become even more vulnerable. For example, families were split up during the floods and children were separated from their parents. These children can become targets for human traffickers. In Swat there were cases where the parents would marry off their daughters thinking they would be safe from the militants only to find they were being sold off to traffickers.

I have learnt a lot from my work. I think it has helped me and my children to become better people. My sons used to make fun of the work I did and now the younger two have joined in with the flood relief efforts. They have come around to my way of thinking. I am glad to see so many energetic young people today so involved in the relief work. It gives me hope for the future.