You are here: Home » Blogs & features » Panos London Blog » On track or new tracks for the MDGs?

On track or new tracks for the MDGs? 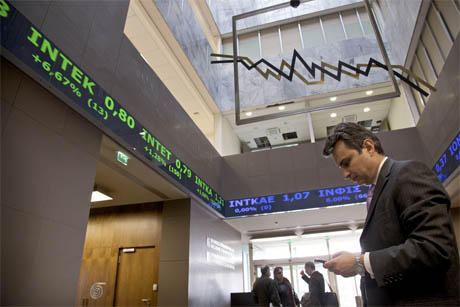 Jon Barnes, Panos London’s Head of Governance and Globalisation Programme looks at how the Millennium Development Goals are faring in the light of recent global economic events.

The emphasis on results has become quite routine in international development speak. But many observers will turn their attention to the UN’s summit on the Millennium Development Goals (MDG) later this month in New York and question what it is likely to achieve.

With just five years to go before the 2015 deadline, most of the world’s poorest nations are not on track to meet the MDGs, despite notable instances of progress in tackling absolute poverty in many developing countries.

But the problems run deeper than the gap between talk and action, which affects many areas of public policy, not just the MDGs. Whatever the shortcomings of international summits, the MDGs have certainly mobilised public interest and action on global poverty since the new millennium.  Measurable targets for MDG progress have at least provided an implicit framework for policy-makers to be held to account, with September’s five-year review summit providing a welcome spotlight.

One major challenge is that the world has radically changed since 2000. The MDGs were born at a time of relative international stability, rising economic growth, increased trade and financial flows, as well as pledges to increase international aid (as marked by the 2005 Gleneagles summit of powerful G8 nations). The global economic downturn since 2008, along with the food and fuel price crises, has thrown these factors into disarray.

Nationally, the immediate damage to economic growth prospects and budget revenue threatens continued progress in MDGs 1-7 on issues such as hunger, health, education and access to water and sanitation. Internationally, the crisis throws into further question the extent to which the rich countries will honour their side of the MDG bargain. Their commitment to MDG 8 (on a ‘global partnership for development’, covering issues such aid, debt and trade) has always been questioned by critics.

According to an Oxfam report, the international financial support promised by the G20 group of leading nations to low-income countries has amounted to only 13 per cent of the finance needed to cover the ‘fiscal hole’ caused by the crisis, compounding the existing failure of OECD countries to honour their 2005-10 aid increase pledges.

But beyond its immediate effects, the so-called ‘triple crisis’ – of finance, food and fuel as well as the threat of climate change – has raised structural questions about the very policies on which MDG progress was expected to be made. According to the United Nation’s own research institute for social development, a criticism of official approaches to poverty reduction is that MDG progress has relied on the ‘targeting’ of the poor, at the expense of debate of the need to address rising inequality as part of ensuring a more equitable, balanced – and environmentally sustainable – process of economic development.

Yet economic policy is a complex issue often confined to discussion among technical experts. As governments grapple with the terms of future economic development, the debate urgently needs to include the wider public and the mass-reach media will want to play their part. High-quality media coverage is essential and can help create the conditions in which decision-makers are more inclined to take different views into account.

Business and economics reporting is a major source of news and analysis. But it often focuses on the technicalities of macro-economic management and the concerns of the formal business sector. How poorer groups are affected by the politics of economic decision-making is relatively under-reported, as are the challenges facing the contribution of their smaller-scale or informal activities to the economy and improving living standards.

Growing debate on the future of the MDGs beyond 2015 is also likely to consider the nature and governance of economic growth, as highlighted in Panos London’s recent media brief on decision-making on economic growth. And with low-income countries less able to rely on Western sources of trade, finance and aid, attention will focus on domestic resource mobilisation (such as the role of tax) as well as the pros and cons of their growing relations with emerging powers such as Brazil and China.

The MDG debate, must address the need for greater transparency and accountability in decision-making. For Panos London, embracing the views of poor and marginalised people is critical to decision making. It ensures that policy action is appropriate and fit for purpose. Sustainable and effective development cannot advance unless this is built into developing thinking and practice.