You are here: Home » Blogs & features » Voices from the Ground » I found rice was being stolen along the way

I found rice was being stolen along the way 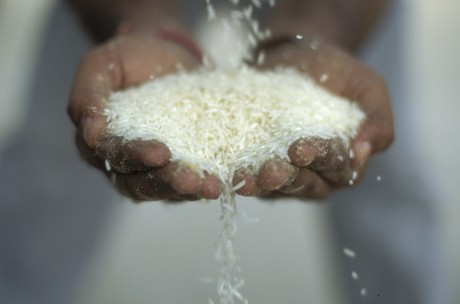 Last week, my organisation ran a two-day residential workshop on lobbying and advocacy. This workshop focused on problems in Manipur, namely health, trafficking, education, conflict and the public distribution system.

Most of the participants were volunteer workers, like me. Some were widows whose husbands were killed during the ongoing conflict in Manipur, some were students, while others were survivors of domestic violence. The terms ‘lobby’ and ‘advocacy’ are frequently used in NGO circles and we have picked up what they mean.

When we lobby politicians and officials we get only a short time to present the issue and place our demands. We need to know what to say and how to convince them. We were taught we should do proper research and groundwork, and then pinpoint where there is the need for an intervention. We also learnt how to write memorandums and frame our demands.

Altogether it was an enriching experience. What struck me the most during the workshop was the realisation that much of the work that I had already been doing as a volunteer was actually lobbying and advocacy work.

Many times when discussing the cases that come to our organisation, we have been struck by how these problems could have been alleviated if government welfare schemes were run properly. The government of India’s public distribution system is a strategy for enhancing the food security of the poor. However, at the grassroots level the scheme is often waylaid.

It was after many discussions along these lines that I was struck by the need for intervention.

Under the guidance of my organisation, I made an informal survey of the public distribution system in my local area and three neighbouring areas.

I found that although each family with a card was supposed to be given around 25 kg of rice every month, they were getting between 5 kg to 12 kg, every two or three months. This meant rice was being pilfered somewhere in between.

After the survey, I went to the local MLAs’ [Member of the Legislative Assembly] ration agents and other officials. Many told me to back off. They told me: “This is not the work of a woman.” But I stood my ground. Everywhere I argued that the BPL families should get the total amount of rice sanctioned for them. This was their right, and depriving them of their rice quota is a crime. Eventually, the BPL families in the area started getting 25 kg of rice every month.

The last few days have been a constant reminder to me of the importance of proper training and strategising for any effective public intervention work. I realised during the workshop that while I was already carrying out lobbying and advocacy work without any proper training, the knowledge that I received during the workshop will enable me to minimise my mistakes and become more effective in my lobbying work towards creating a more equal society.