You are here: Home » Blogs & features » Voices from the Ground » The location of our shelter home was exposed

The location of our shelter home was exposed 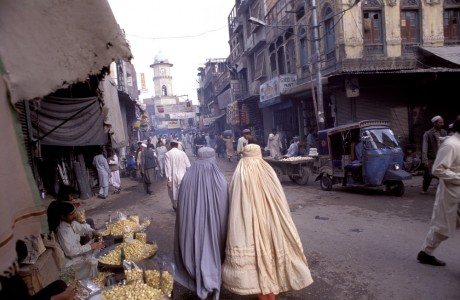 The whole of last week was very draining for me. I had to deal with several crisis situations that have arisen around our shelter home in Peshawar for women who are victims of abuse.

For a start, the location of our shelter was exposed. We’ve tried to keep it a secret from the authorities for fear victims’ families would track them down and forcibly take them back.

The police arrived at the shelter one evening last week wanting to question us. It was about a husband and wife who came to us, saying they had run away from their families who were threatening them.

We only take in women, so the husband left his wife with us. However, after a few days she insisted on leaving the shelter. We can’t force anyone to stay so we had to let her go.

In the past we would have gone to courts to get an official statement from the woman that she had come to us willingly, which provided a sort of safeguard for us. But the courts have become stricter and we can no longer get these statements registered.

The woman’s husband came to us after a few days and when he found out that his wife had left, he was livid. He went to the courts and filed a report against us. It is a strange case, and we think there’s something else going on behind the scenes – that perhaps someone has pressured him to bring about this case.

You see, we are also dealing with another more high profile case involving a well-connected man whose wife ran away and came to us for protection.

She alleges that she was forced by her family to marry against her will and that her husband beats her up and rapes her regularly. She is a beautiful young girl from the mountainous area of Dir and was sent to us via a women’s police station.

She doesn’t want to go back to her husband and says that her husband’s brother also beats her and that he has been making advances upon her. We have had meetings with the husband and he is very aggressive. He is also well-connected and we think he could be behind all this police pressure.

There has been a lot of stress for our NGO lately. These cases can really burn you out. Our psychologist has been in great demand lately – first she was counselling the flood affected people that we have been working with in the villages of Khyber Pakhtunkhwa and now she is looking after these victims. She is a wonderful girl, though, and is completing her MPhil at the same time as working for us. Our lawyer is also very stressed out but we have a very committed staff so I think we will manage to cope.