You are here: Home » Blogs & features » Voices from the Ground » As the year ends we remember a senseless death

As the year ends we remember a senseless death 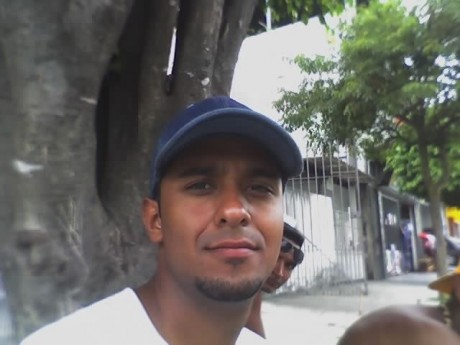 Alberto, a volunteer at Casa do Zezinho was shot dead by a security guard/Tia Dag-Panos London

The end of the year is sad for us at Casa do Zezinho because every mid November we remember how we lost one of our beloved Zezinhos.

When I am teaching here at the school, the thing that I most hear is how the kids lack money and how they lack things. In a consumerist society this is a huge issue for a kid. Clothes, for instance. They see the ads on TV and they want these clothes. Now clothes are also a status symbol.

That’s what killed our dear Alberto. He was killed three years ago right here in the center of Capão Redondo.

Now Alberto Milfonti Júnior was not a kid. He was 23 years old, had a wife and a son to take care of. Alberto was a volunteer here at the school. He would come every Saturday to help out with the kids, like many former students do.

He joined the school when he was eight years old and attended classes until he was 17. After he left he could only come on Saturdays because he had two jobs – he was a pizza delivery guy at night and a managing assitant in an ofice during the day. And he still took extra courses to educate himself.

His death was so stupid that is hard for anyone who lives outside the violent communities in Sao Paulo to understand.

It was a Saturday, he had gone to the commercial center of the community to buy a mattress at one of the best known stores here. It is a popular furniture shop because it sells furniture on credit, so poor people can pay small amounts every month. But when he went there he was dressed in his style, something like a gangsta rap style. I repeat he was not a thief or a criminal. He just liked to dress smart, in style.

But then the security guard, a man as dark-skinned as him, the same age as him, but all dressed in black, considered that he looked suspicious. He started following Alberto, who asked him what was that about. Was he just staring at him like that because of his looks? Or was that because the security guy was wearing a black suit and a tie?

The guard told him to shut up and and not talk to him like that, or he would shoot. Alberto replied: then shoot! And so he was shot. In the most cowardly and stupid way. It’s so easy to take a life when you have a gun.

It was bright daylight in a busy commercial area in the south of São Paulo.He died before getting to the hospital. Alberto had just paid for the mattress he would take home. Now why did that happened? Because Brazil is the land of the prejudice. It’s not out there, written in walls “no blacks, no rappers”, but it exists and can be felt – it’s like an invisible line. Alberto was dark-skinned, used gansta clothes, and that was enough for him to be judged.

So the same prejudice that white middle-class people have against people from the outskirsts is replicated. People see their equals as a threat.

The guard was arrested at first but then was released. The judicial process is still running, but there is no conclusion. Neither the security company that he worked for or the furniture shop were charged with anything. The shop is open and full every Saturday.

Right after the killing, hundreds of people came to me to say that they planned to burn the security guard’s house down as revenge. I told them if they did so I’d close Casa do Zezinho. “If you want an eye for an eye, a tooth for a tooth, that’s what will happen. More violence won’t take us anywhere.”

I told them we should protest, organise marches.
And so we do. At the end of every year we march to remember Alberto.