You are here: Home » Blogs & features » Voices from the Ground » Children’s drawings reveal violence at home 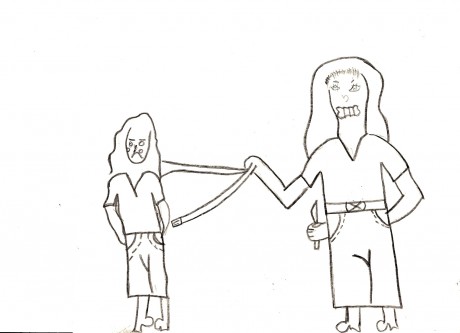 Last month three college boys were shot and killed in one of São Paulo’s smartest neighbourhoods. The news made headlines in nearly all of the regional and national newspapers. In our neighborhood, we too suffer from senseless murders like these. But the difference is that here nobody talks about them. Violent deaths are practically ignored.

There is an unspoken law of silence in the slums that makes people keep these matters to themselves. This jarring contrast has made me think about how the root of violence is intricately related to a lack of sincere communication.

Apart from the fear of talking about certain issues, people in the favela live in a state of constant tension that causes them to shout instead of talk. It is not uncommon for them to take their frustrations out on their own children.

We have had students coming in with bruises that you wouldn’t believe. One boy had a big burn mark around his lips because he talked back to his mother. She punished him by pressing a hot iron against his mouth.

Two brothers came in with knife cuts on their hands. The younger one had eaten something he was not supposed to while his mother was working. And his older brother, who the mother had entrusted to take care of the house while she was out, was both cut and burned. Their mother had warmed the knife before slicing into the older boy because she believed an even greater punishment was in order for the one she had left in charge. 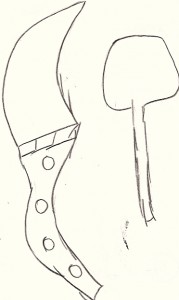 After suffering violent episodes like these, children tend to grow very quiet and may sometimes explode in anger at seemingly random moments. When they grow up, the likelihood is extremely high that they will exhibit the exact same violent behavior to which they were victims.

Thus, we have taken to approaching the problem from a variety of angles. One programme that we started a few years ago eventually became an art exposition.

We worked for months with the child victims of domestic violence in order to encourage them to express what they were living through in their respective homes, delicately asking them to draw what they considered violence to be.

Horrible stories emerged. We talked a lot, and some children were sent to therapy while in other cases we had to call the parents in. 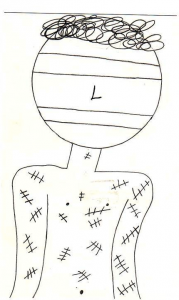 Another part of the project involved the child victims writing the violent phrases they regularly heard at home, which included: “I should have aborted you”; “You’re useless”; “I should have thrown you in the river when you were just a baby”; “I can’t stand you anymore”; “Do you doubt that I wouldn’t kill you?”; “Shut up; don’t talk to me.”

Of course every aspect of the exhibition was anonymous, and while it was emotionally difficult to implement the programme, the exhibition and the reactions it elicited were absolutely wonderful. The parents were shocked, and many of them left crying.