You are here: Home » Blogs & features » Voices from the Ground » Forging links to stop violence against women 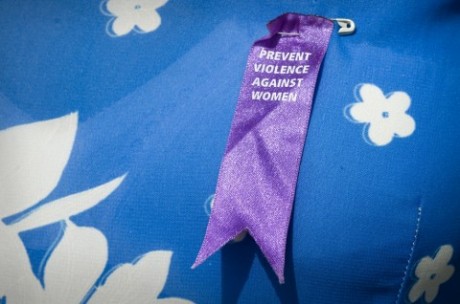 In our work, we have to be alert all the time to what is happening around us. Sometimes we may feel that an incident that happened in another corner of the state, or something that is going on in the society outside the purview of our work has no relation to us. But this is a wrong notion and a fatal mistake that could set back whatever we have managed to achieve.

We run what we call “sharing sessions” to help us appraise our work in relation to what is going on around us. The organisation where I work, Women Action for Development (WAD), organise such sharing sessions regularly for stakeholders at different levels – from NGOs to grassroots workers to victims of domestic violence. These help us to take stock of the situation and analyse its relation to us, while also helping us to establish linkages and explore our way forward.

Last week, we held a one-day workshop and sharing session on violence against women. During the day, representatives from 17 NGOs working in different districts of the state shared their experiences of different cases of violence against women. We looked at the different types of cases that arise in their areas of operation, how they handled it, what the obstacles are that they face and what would help them perform their jobs better and in a more effective way.

We [Women Action for Development] also presented our own findings.

There were 45 reported instances of violence against women between January and March this year. This includes four rape cases, one case of rape and murder, three attempted rapes and one kidnapping.

While some of the representatives from other NGOs spoke about cases that we knew of or had read about in newspapers, many of them brought up instances of gender violence that we didn’t have any idea of. Some of the speakers also spoke of their own life experiences, such as one woman (I do not want to give her name here) who is living with HIV/AIDS and is working in an NGO to spread awareness of the epidemic.

Later, after the programme had finished, I went up to her and told her that we must sit down together soon and share our stories. We exchanged telephone numbers too. This is how linkages are made between all of us who are working towards the common goal of a better Manipur, even if our demarcated areas of work and methodology may be different.

Linkages and collaborations made between individuals and organisations during such events help us work together in tandem and address the issues more effectively. One solitary voice shouting all the time might be ignored, but when all these organisations collaborate and shout together, then it will be difficult to overlook the peoples’ voice.