You are here: Home » Blogs & features » Voices from the Ground » Prejudice against America blinded me 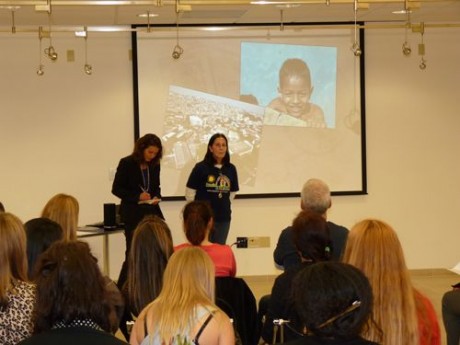 In the first week of May I was invited by the University of San Francisco to give a lecture on how we run Casa do Zezinho. The invitation had been extended by a sociology professor who is familiar with the way we work with children and adolescents. I was supposed to give a long talk to undergraduate students majoring in Latin American Studies, but I ended up subverting the planned class structure. After showing a video on the Casa, instead of giving an hour-long talk, I briefed them on some of the cases we face. I then asked them how they would crack these problems if they found themselves in a country with only a trifle of the educational, financial and support resources available in the United States.

It was amusing to see how the students reacted to each case as if the challenges before us had no solution whatsoever. A common reaction was to cast all problems and any subsequent solutions upon the children’s families. I explained to them how we approach each case, trying to make them see that education is about listening, observing and accepting others who are different.

I do not have a formula; each situation presents a unique challenge, and every true solution depends on understanding each individual student’s needs. The truth is, if you are truly up to facing your pupils’ reality, there is always a way to understand their problems and to help.

An example. There was a primary school principal in the US who sought help because his teachers had given up on reaching their Latin American students. The perceived cultural gap and the teachers’ general prejudices had caused them to underestimate their pupils’ achievements, as if Latin American kids were less capable of learning.

Knowing how to teach students from varied backgrounds and different nationalities is a challenge to all educators. It is about time society accepted that classes are no longer uniform and that this fact alone is invaluable for us as educators. A good teacher is one who is open to delving into his or her students’ different cultures. It is not enough to know science, math and geography; we must talk to our students to find out what they need.

In the example above, American teachers should ask themselves why these children are in their classrooms in the first place. Why did their families decide to move out of their home countries, leaving all their belongings, support systems and historical roots behind? Do the foreign pupils want to be in the classroom any more than their discontented teachers? A true educator is one who is not afraid to question him or herself.

I, myself, overcame my own intolerances on this visit. I had never travelled to the United States because I believed that I did not like the country. I thought all Americans were self-centred puritans and radical conservatives, but I soon realised that I was blindly labelling Americans just like many Americans blindly label Latin Americans. I never thought I would visit the US, but I questioned my beliefs and ultimately eliminated one of my deepest-rooted prejudices.

The outcome of facing down my biases could not have turned out any better: the university proposed an exchange program with us. They will send 16 students to work as volunteers at the Casa every six months, and, in exchange, we will send eight of our older students to pursue their undergraduate studies in the US. While the American students will learn how we operate and how to truly understand the complex reality that is Brazil, the eight students from the Casa receiving full scholarships will receive the learning and cultural experience of a lifetime.

Those older students wishing to receive one of the eight travel and study scholarships will now have to take the optional English classes offered at the Casa. While the Brazilian public schools do provide weekly English classes, lessons hardly advance beyond the verb ‘to be’. In order to earn one of the coveted spots, adolescents at the Casa will have to study even harder to overcome the serious language and educational gaps they face.

It will be hard work and quite a challenge, but they are all very excited about the prospects. And so am I. It is quite a bridge we are about to build.