You are here: Home » Blogs & features » Voices from the Ground » Killings ignored by media 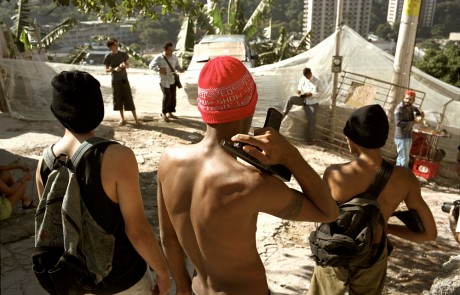 I am growing worried about the rise of murders in our neighbourhood. This entire past month we keep hearing stories of the multiple murders of six or seven men each weekend.

The media is not reporting these killings. We hear about them through the Zezinhos (students) who come in asking for help to bury a brother, a father or a cousin. Because the murders always seem to happen over a weekend, every Monday in late May and the beginning of June has been like this.

One of the things that has caught my attention is that the victims are not people involved with gangs or drug trafficking; they are ordinary labourers. One of the victims even had burial insurance – something very rare around here.

A student, crying after the funeral, said to me, “I don’t understand. I have three brothers, two involved with drug trafficking, one a hard worker. Why did they have to kill the worker?”

Since the shootings started, people have been advised to be home before 10pm. It is hard to believe, but they are back to living under a curfew. We went through this in the nineties, when things were a lot rougher around here.

I remember when Capão Redondo was considered the most violent neighbourhood in the world, back in 1996. In the end, this label turned out to be exactly the stimulus we needed to organise ourselves, to make peace pacts that brought all of the neighbourhood’s different social leaders together. And it worked. Although it was never perfectly safe around here, especially at night, violent crime had decreased dramatically – until the disturbing events of late.

Now it feels like we are reliving the dark days of the early Nineties. I am in contact with all the other leaders, but no one knows who is responsible for all these killings. It might even be the work of a lunatic.

For now, all we can do is to try to talk the kids out of seeking revenge. Because that is their gut reaction: they feel the sudden and understandable urge to buy a gun and to get back at the killers. We tell them to go to the police and to file a report, but they lost trust in the justice system long ago. We hear things like “what for?”, “there’s no law for the poor” and “we know better, no one’s going to investigate this”.

We can only hope that the responsible for these killings will be brought before the law. This is the only way to teach these children the difference between vengeance and justice.