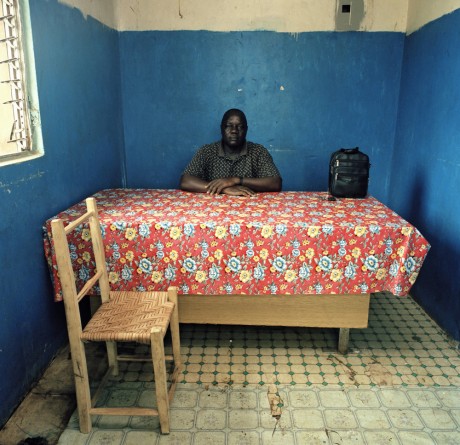 Here’s the second in our series of blogs on communicating research findings, in which we look at successes by Relay partner Panos Eastern Africa in getting tax research onto national radio. Panos Eastern Africa and the Tax Justice Network ran a tax and governance stakeholder forum in Kampala, Uganda in April – basically a roundtable meeting to which they invited print and broadcast journalists and researchers from both academia and civil society organisations.

The forum was part of a series of workshops by Panos London and Panos Eastern Africa held to raise awareness of tax and governance research, which rarely makes it into the media.

The recent elections in Uganda this year put tax and governance issues on the public agenda. By improving media coverage and debate on tax and governance issues that draw on evidence and research, citizens’ awareness of and engagement with these issues can be increased. It is therefore vital that these issues are brought to the public domain, which Relay does through the media.

Spurred on by the discussion at the forum, Kenneth Lukwago, a journalist  from Radio One – a national radio station broadcasting from Kampala – invited the researcher Robert Lugoolobi from the anti-corruption NGO Transparency International and  Everest Kayondo, the chairperson of Kampala City Traders Association (KACITA), to speak on the Spectrum talk show hosted by Edward Kizito in April. Spectrum airs at 7pm and focuses on topical issues facing people in Uganda.

During the show, guests discussed the issues raised at the forum – namely taxation, governance and how taxes could be better spent. Seventy per cent of Uganda’s budget is funded by taxation although the biggest percentage goes to recurrent expenditures rather than development expenditure. Although the government has abolished graduated tax, which was a direct tax, indirect taxes are levied on all goods and services consumed by Ugandans. The vast majority of Ugandans are unaware that they are even paying taxes. Crucially, with tax incentives such as exemptions and holidays, given to a select group of investors, this means that the typical citizen bears the brunt of the country’s taxes.

“The discussion was good but sometimes a little risky since one was placed on the frontline,” said Robert Lugoolobi.

“The reasons why some people do not pay taxes like ministers and other government officials was discussed and this does not go down well with many,” he added. “We talked about the tax structure and how it is not favourable for most. The corporate tax for external companies is exempt whist the taxes are paid by the general public.”

The talk show has received some great feedback from listeners. Everest Kayondo said: “A few businessmen called on me to help them clear out taxation issues with the [Ugandan] tax body as a result of the show.”

“The previous work done by Panos reveals various challenges exist in the relationship between researchers and journalists,” said Lucy Atim, the regional programmes co-ordinator at PEA.

Our experience has shown that there is a mutual lack of confidence between researchers and journalists. Many journalists find reporting these issues difficult as development research can be loaded with technical terms and jargon, limiting their ability to report research. The tax and governance issue was no exception.

Lucy Atim adds, “With the rising price of goods and commodities, the media has a very important role to play in the sensitisation of Ugandan citizens.”

Relay forums show how complex issues such as tax and governance can be brought to the forefront of the media debate. The forums enable journalists to understand the topic, with help from experts, and they are a safe environment for journalists and researchers to interact with one another. The Spectrum debate was an excellent example of this.

The tax and governance stakeholders’ forum was organised by Panos Eastern Africa and the Tax Justice Network. The meeting brought together stakeholders from Civil Society Organisations and media and research organisations to discuss tax and governance issues in Uganda. This meeting was co-ordinated under the East African Tax and Governance Network (EATGN). The EATGN arose as a result of a Relay workshop in 2009 and its purpose is to promote multi-stakeholder dialogue and media debate in Kenya and across East Africa on governance and taxation issues informed by research.