You are here: Home » Blogs & features » Voices from the Ground » Pakistan: land bought for flood victims 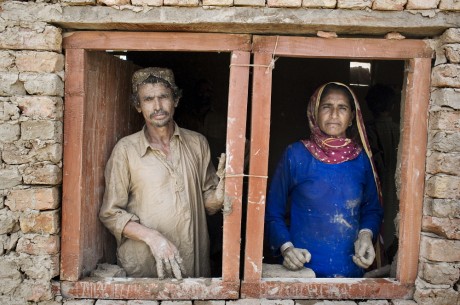 The monsoon season has started now and finally we have made some progress in buying land for people who lost their homes in last year’s flood.

We have concentrated our efforts in Tangi district in Khyber Pakhtunkhwa. We have now bought land where new houses can be constructed. We have paid for it and now need a plan on how to divide it up.

The piece of land is about 8,000 square feet. We will need to make some roads in the middle and make provision for entry points, so in the end we will only have enough land to build five or six houses, minimum. We have already selected the deserving families and will officially hand the land over to them. This land is located near their village and is a place where they can come and live and tend to their fields.

For now we are focusing on land allocation, but later on, we will look for other organisations who can help us build the houses. We will also provide water through a tube well and put in place a drainage system. My original desire had been to build flood-proof model homes based on an environmentally-friendly design. Who knows, if we get more money maybe that can still happen. Let’s see what happens.

This was a difficult project and for a long time we were not getting concrete results. Now I’m more optimistic and hopeful that things can be achieved, if you keep trying at it. Tangi is a very remote area and it does not fall in our area of work, as such, but we did our best.

Initially we wanted to coordinate with other NGOs working in the same area but they did not want any duplication and were reluctant to help us. As it turns out, they haven’t constructed any homes and hopefully we will! So in the end we have done something tangible for five or six households, so we are feeling good about that.