You are here: Home » Blogs & features » Voices from the Ground » Mobile phone links to violence against women 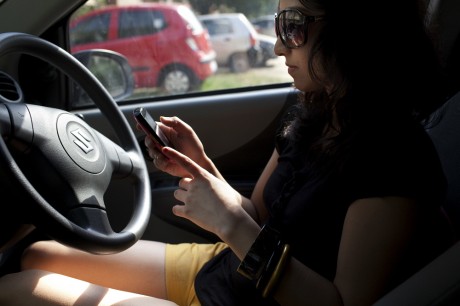 The rise in popularity of mobile phones in Manipur has opened up new avenues of gender discrimination and violence against women. Mobile phones were introduced in the state in early 2004 and within a short period they have become an important accessory for everyone, including the poor and the young. This is hardly unusual with so many brands competing by flooding the market with cheap phones and added facilities such as camera, video and internet.

Mobiles have created an unhealthy trend among the general population, regardless of age and sex. Mobile phones are being used to video-tape and photograph sexual acts, with or without the consent of one or both partners, and the recordings and pictures are being spread widely by phone. There have been cases of morphed pictures or videos being used to tarnish people’s reputations. This is particularly serious in a closed and traditional society like ours.

Another trend, which has resulted in a lot of stress, violence and broken homes, is something that is being called “miss call” in the local jargon, a term that refers to affairs conducted via mobile phones. Recently my own sister confided to me that her husband has become involved with several women. She says these relationships had started as affairs over the mobile phone – through texts and phone calls – and that they have caused a lot of violence and tension in the family.

My advice to her was that she should refuse to be cowed by her husband’s actions. As a first step I told her to watch a TV series called “Kab Kyun Kaise” which is aired on the national television channel, Doordarshan. Each episode of the series is based on real stories about crimes against women. At the end of each episode a list is given of the laws under which the perpetrator of the crime can be arrested as well as the punishments that can be handed out.

I suggested it partly to help her divert her mind but also for her awareness. I also told her to ensure that her husband also watches the series, so that he also learns that he cannot get away with his acts.

You see, the media – both newspapers and TV – can be a good tool to create awareness and help fight against gender injustice. Even a mobile phone could help spread awareness through SMS advertisements. This would be even better as the habit of reading newspapers among women in Manipur is very low. It is not just illiteracy or lack of awareness, but because she women are so busy with their roles and responsibilities as mothers, wives and daughters.

On the other hand, the media in Manipur still has a long way to go when it comes to gender-friendly or gender-related coverage. So sometimes we find papers publishing pictures and other information about rape victims, trafficking victims and so on. But this is also slowly changing as we are always in close contact with editors to encourage better coverage on gender-related issues. As part of this we help journalists get access to and information about important gender cases and issues. Another strategy is the initiation of an annual Gender Journalist award which we give to a journalist who has done the best gender coverage for the year.

I only wish that the government departments use the media properly to spread awareness about gender injustice as well as to inform the public about various schemes which help women. However most departments either use very outdated information for their advertisements or they squeeze the advertisements into a small space in almost illegible fonts, which a busy housewife will obviously miss.