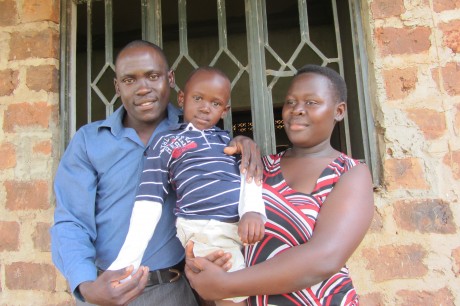 This week we had a series of features published in the Swedish national newspaper Svenska Dagbladet to coincide with the birth of the world’s seven billionth baby. The four features offered an in-depth look at changing attitudes to family planning in Afghanistan, India, Niger and Uganda – countries with some of the highest birth rates in the world.

In India, local journalist Deepa Jainani travelled around Uttar Pradesh, the country’s most populous state, to hear how attitudes towards birth control and family size are changing. She found that in wealthier towns, such as the manufacturing hub of Hapur, close to New Delhi, men are opting to take control of the size of their families by undergoing a vasectomy. On the other side of the state in the poorer, less developed town of Abbottabad, however, women are still expected to keep giving birth until they have a son. Delhi-based Malaysian photographer, Suzanne Lee, travelled with Deepa to photograph the families they met.

Machrine Birungi, a local journalist based in Kampala, discovered that in rural Uganda the man, or rather his clan, still determines family size – and large families are still the norm. Modern couples in the capital, meanwhile, appear keen to have fewer children so that they can provide a better future for them. Panos journalist, Wambi Michael, took accompanying photographs for the story.

In Niger, journalist Issa Ousseini found that large families are still very much desired. One in every three men has more than one wife and many still live in rural areas. However, with the price of food rising, making it harder to feed your children, and girls increasingly being educated, some women are starting to ask for contraception. Local photographer Djibo Tagaza took the photographs.

Afghanistan has the highest rate of maternal mortality in the world, due to widespread poverty and frequent pregnancies. Kabul-based journalist Aunohita Mojumdar spoke to women who told her that while there is no ban on using contraception, strong cultural and social pressure often acts as a barrier. Local photographer Farzana Wahidy took compelling portraits of the women to accompany the feature.

See the published articles (in Swedish): 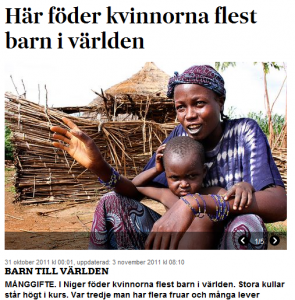 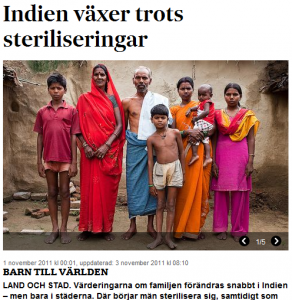 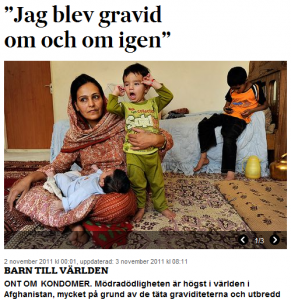 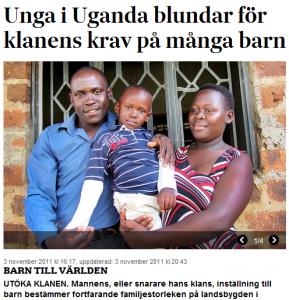