You are here: Home » Blogs & features » Panos London Blog » A generation’s worth of cutting edge action

A generation’s worth of cutting edge action 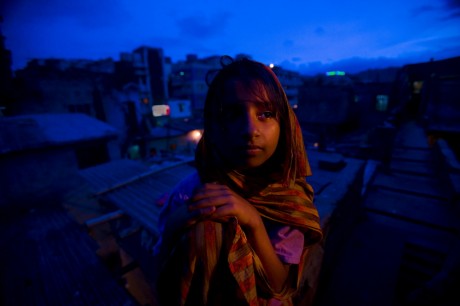 Having been a part of the Panos London (PL) Board of Directors for a little more than half of the organisation’s 25 years, it is with humility and great pride that I join the chorus of celebratory voices, congratulating PL for its important and impressive achievements for what is just about one generation! It is a long time to maintain steam and continue to deliver cutting edge inputs to the world’s changing challenges and priorities – and with PL’s continued staunch focus on and active solidarity with the countries and their people most in need, PL has often been one of the world’s important agenda-setters in the areas within which it has worked.

Emerging in 1986 from the environmental organisation Earthscan, PL defined its areas of work thematically for a while to come. Together with the environment and climate change, the themes included AIDS, gender and reproductive rights, globalisation, media development with a focus on radio – while all along working with a growing network of journalists in Southern countries, also providing stories for the Northern media and audiences.

Providing researched background information on topical issues, PL assisted its network of journalists to be able to provide high quality, research-based investigative stories, and regularly provided suggested story ideas such as ‘Making Poverty the Story’, Governance and social accountability monitoring tools; ‘Beyond our Means? The cost of treating HIV/AIDS in the developing world’, general public health issues, and; ‘AIDS and Men’ highlighting all the issues around AIDS and both men who have sex with men, but also the need to focus on men’s power over women in heterosexual relations.

When I joined the PL board in 1998, Nigel Cross had already opened for the gradual move from organising our work along thematic development lines towards a focus on the importance of communication and voice. This initiative picked up speed in the late ‘90s when James Deane became Director, also when one of the PL ‘classics’: “Listening – for a change. Oral testimony and development” was already published by PL in 1993.

PL can only be seen to be one of the drivers of this very important move over the past 15 years. This shift was to recognize widely in the world of development that information, communication and voice is required for the empowerment of the more marginalised and vulnerable. PL played a significant role in the 2006 World Congress on Communication for Development with participation by development actors, governments, and academia. This development culminated with the PL landmark publication under Mark Wilson’s leadership ‘At the Heart of Change – the role of communication in sustainable development’ of 2007, cementing the conclusion that voice and empowerment matters!

In 2010 PL then also internally took the final step away from organising along thematic lines, to putting communication first, organising its work around the four priority communication methods of Voice, Dialogue, Media and ICTs.

Part of a global network

In 1998, when I joined the PL Board of Directors, it was made up by a few Europeans, but primarily representatives from the regions where PL was active: Southern Asia, Southern Africa and Eastern Africa. Moving to Mozambique to work with media development there soon after becoming a board member, I became an associated member of the Regional Advisory Council there, which coordinated PL’s Southern African activities. Similar Councils were active in Eastern Africa and South Asia. At that time the Panos movement was lead by northern voices and managed by northern institutes, including and involving other regions as much as possible.

Beginning 2000 a ‘regionalisation process’ picked up speed, and where PIWA (Panos Institute of West Africa) grew out of Panos Paris; Panos South Asia (PSA), Panos Southern Africa (PSAf) and Panos Eastern Africa (PEA) – in that order – moved from being PL regional offices to autonomous, regional institutes. Today PL is one of seven Panos Institutes, operating in different parts of the world within the Panos Network, and in this way being a front runner in terms of not just directing the microphone to record other voices, but putting the microphone (and all the rest) in the hands of colleagues from the Global South.

25 years old and as important today as ever!

Having recently accepted the invitation to renew my membership of the PL board and a second term as its chair, it is a powerful experience to re-live the history of PL as well as the understanding it reflects and generates. Life as a development-oriented organisation has become more complicated than it was 25 years ago, when funding was easier to access, no global financial crisis was looming and issues seemed less complex from a traditional, Northern view of ‘us and them’.

This has in the meantime changed. Globalisation is no longer a mysterious phenomenon, but a lived reality including a frog-leaping, still repressive China; new economic realities in South East Asia and in the BRIC; with social media helping the Arab Spring along from within; while we are all looking to Kenya to learn about M-Pesa and a possible future paying with our cell phones?

Continuing to keep its ear to the ground, to know what is coming well in advance, and with its priorities and solidarity right, there will be a need for an organisation like PL for a long time to come – ready to turn the complex simple using knowledge, communication and voice as a bridge between people and communities. The way the world develops and with the challenges we all face, an advocate for listening to people’s voices and ensuring the involvement in agenda-setting by all, will continue to be much needed. An organisation providing a platform and forum insisting on social, economic and political accountability and transparency matched with governance monitoring and supporting action for also vulnerable and marginalised to make informed decisions in their lives will be extremely important in the coming years!

This celebratory greeting would not be complete without a final word of recognition of all that is behind the ‘PL’: As a long-time board member, I continue to be amazed at the quality and resilience of the PL staff and management. We in the board regularly recognize and celebrate what it takes in terms of capacity and time to keep PL where it is. My deepest respect and gratefulness!

Birgitte Jallov is a senior international development professional in the area of media development, communication for development, press freedom and gender. Since the early 1980s she has worked to develop, test and implement tools for empowerment and social change with a focus on the use of community radio for empowerment.