You are here: Home » Blogs & features » Voices from the Ground » “What women need is economic independence” 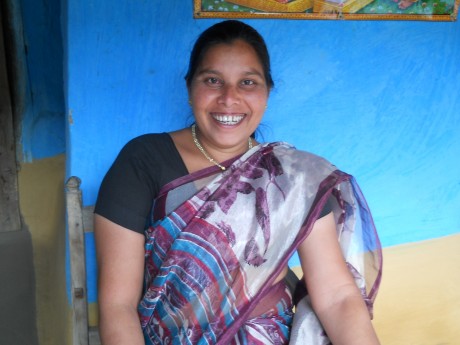 There are 154 villages in my district. In 21 of them the village council is headed by a woman. Yet the overall social and economic status of women here is far from being strong. In over 90 per cent of the village councils, the head – called sarpanch in the local language – has no real power, despite being democratically elected. All the administrative decisions are taken by the husbands while the women merely sign the papers.

It is frustrating for me to see this happening, especially after 15 years of work to empower women in the villages. In the beginning of my work days I thought that if women were allowed to participate in politics it would solve most of their problems and their status in society would change immediately. But now I realise that mere political participation is not enough; what women need is economic independence.

In the villages here, women have little or no scope to earn money. The government runs a rural employment scheme which provides 100 days’ employment every year to people living below the poverty line. The kind of work that is provided includes carrying building materials, like bricks, on construction sites, digging canals and doing “field improvement”, which means cutting down mounds and turning them into rice fields. Though both men and women are considered eligible for this work, few women can take up this opportunity outside their villages as they have babies and homes to take care of.

So, how can we women earn without travelling outside our villages? I believe the answer lies in creating earning opportunities within the villages. The government has introduced many schemes for rural development. If women are encouraged to participate in these schemes in an organised way, the result can be very empowering.

This is already happening in my area. In a village called Vihiri, a group of Dalit women have been running a ready-to-eat food factory. They produce a cereal made out of wheat, peanut, soya beans and sugar. The cereal is then bought by the government and distributed to pregnant women and toddlers in different village-based primary health centres. From buying the raw material to supplying the packets to the health centres, these women are doing everything on their own.

By producing the cereal, each of these ten women earns about Rs 2,000 (US$40) every month – a big amount for those who have previously never earned more than Rs 400 to Rs 500. Every time I visit Vihiri I feel very happy to see how these women who could not even buy a chocolate for their children now have enough money to buy everything that they need: a sari, bangles, medicine or toys for their children.

Previously, when they went to other villages to earn money, their husbands would collect the payment on their behalf. But now, the money that they earn comes to a bank account that their group owns. So now nobody outside their group can withdraw this money. Also, the women work and earn right next to their own homes, so they are more confident and have more time to manage their homes as well.

Most of these women are either above or around 50 years of age, which, if they had been working as farm labourers or other development projects, would have been a hurdle on their way to receive equal wage. They would have been called old and weak. But here their age is no bar and the young and old can make equal contribution.

I have been advocating to women in other villages to follow the step taken by the women in Vihiri. Six months ago I made a small video about these women. Now, I carry a CD of that video wherever I go and tell women in other villages that this is a good example to follow. I tell them that the government will help them get trained in setting up similar factories and give them wheat at subsidised rates. And I also tell them how, like the women in Vihiri, they can also make decisions at home, or buy something without taking prior permission from their male relatives.

I’m very happy to say that in last six months, women in seven villages have started to produce these ready-to-eat food packets. I think soon there will be many more following them. In one of these villages called Attari, the women told me that people were asking if they needed help from men and they had replied that they didn’t.

“We can do it on our own,” one of these women told me.

To me this is real women’s empowerment, where a woman discovers her own strength and ability to do anything. Right now I am waiting to see every woman in our 154 villages find that strength.