You are here: Home » Blogs & features » Voices from the Ground » People hope for change as elections approach 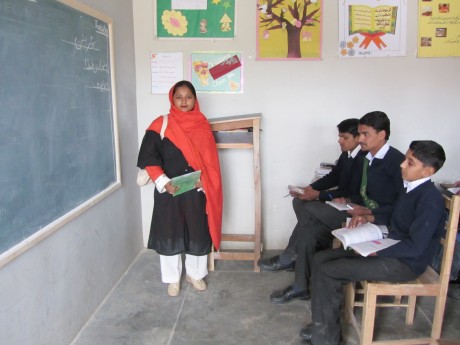 This is a tough period for us nowadays since we are quite busy preparing for the annual exams, which are going to be held earlier this year in February instead of March. There is a lot of political uncertainty in Pakistan these days so the Federal Board of Intermediate and Secondary Education has decided to hold the board exams earlier for the 9th and 10th classes. There just might be early elections called this year so it will be more manageable for everyone – students, parents and teachers – if the exams are held earlier. We have informed the parents and mentally prepared the students for this eventuality. We are a private school but we follow the government and the government sector is also preparing for early exams. We are planning more discussions with the parents regarding the upcoming academic challenges and will ask them to ensure their children focus on their studies.

In our village of Garhi Afghana, people are not following the current political dramas so much. We are not as politically aware, although of course the media is now everywhere in Pakistan. In our village, we mostly watch Pakistan state TV and there is not too much news on this channel. Cable TV is frowned upon in this area. But even though the people are not following the news avidly, there is uncertainty in the air. And people do want change now. A lot of the villagers are talking about Imran Khan’s party and feel he has a vision for the country. The more educated people in the village find his party to be especially attractive. To be honest, we are all hoping for positive change. The present set-up has failed to deliver to the people – there is no gas, hardly any electricity and no jobs and facilities for young people. Many children feel even if you study hard, what is your future in this country? 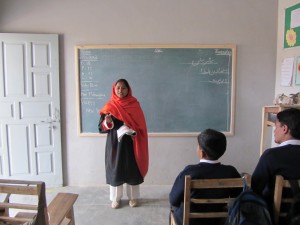 worse, institutions have become politicised and are clashing with and damaging each other. What was especially disappointing last year was the chaos caused by the Punjab Board results (which is controlled by the Pakistan Muslim League’s Punjab government while the Pakistan People’s Party runs the federal government). These results came out late and were extremely controversial with wrong marking and mismanaged results. Then, when the revised results came out, many children who had initially passed were failed. This really hurt many of the children, including those that study at this school. There was a lot of outcry and appeals were made. My niece was one of the victims; she was earlier passed and when she went to her college on January 5, she found out that she had in fact failed! Now we have pulled her out of the Punjab Board and placed her in the Federal Board. We at the school have also switched to the Federal Board now. Their results come out early and there is strict marking. It is tougher than the provincial board but we feel it is better to do it this way.

At the school we try to instill discipline and tell the children “Do your best and leave the rest”. We can’t do much about the future but at least we can get the children to study for now!