You are here: Home » Blogs & features » Voices from the Ground » Making pregnancy safer in Mali 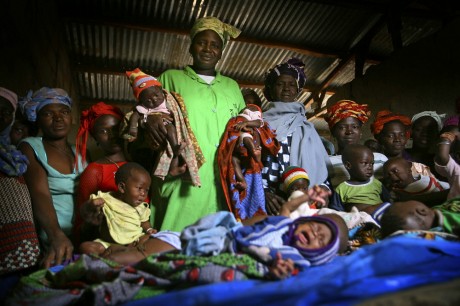 Pregnancy is almost a taboo. When a woman is pregnant she doesn’t want people to know it. Some friends and relatives may joke about your pregnancy. But pregnancy is a blessing for all women. Being pregnant and having a baby are the best events of a woman’s life. They say even if a woman gave birth to a snake she would attach it around her hips. When a woman can’t get pregnant or have a baby she will suffer a lot; she will be unhappy in her all her lifetime. I know women who haven’t been able to have children despite doing everything in their power to become pregnant. They have lost all of their assets trying medications and consulting oracles. If you are married and you can’t be pregnant you will be unhappy in your marriage.

Polygamy is normal here, but women don’t like it. And if you are the first wife of a man and you are unable to have a baby your husband will marry another woman for that reason. He will say he needs to have descendants. The problem may come also from men who can’t make a woman pregnant. But it is rare to see that.

Some women’s health problems come from pregnancy. As there is no hospital or dispensary in the village some women are unable to prevent sicknesses linked to pregnancy. They don’t go to Sanankoroba (located at about 15km form the village) for antenatal consultations at the right time. These consultations can save the baby’s life and the mother’s life as well. Pregnant women are encouraged by doctors to begin antenatal consultations from the first month of pregnancy. They give mosquito nets and medications to pregnant women for free to prevent malaria. But there are still many women who don’t go to prenatal consultations. This can lead to poor health of the woman and may especially complicate childbirth. When a pregnant woman doesn’t go to the doctors she may even lose her life while giving birth.

Pregnancy can put women’s life at risk. Some women give birth at home. The doctors say it’s not good and I agree with them. The problem is that traditionally we are used to giving birth at home. Some elder women of the village help women to give birth. Now they are trained by doctors to do that.