You are here: Home » Blogs & features » Voices from the Ground » Right to live: a community-led campaign in the making 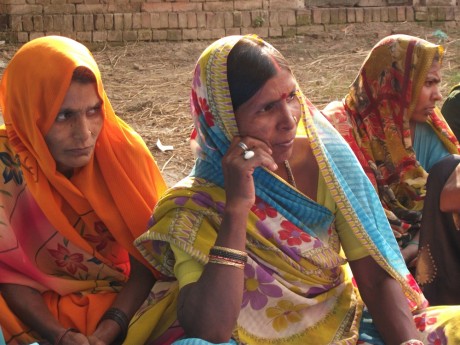 I have always firmly believed that real development and true social change is possible only when we have full involvement of common people at the community level. But to get involved in any development initiative, people must also understand its need and its importance in their own lives. This understanding can be built through regular consultation and discussions with community members. Currently I am in Jabalpur district of Madhya Pradesh – a state in central India, to hold an 11-day community consultation with over 200 local tribal men and women – most of them marginal farmers and farm labourers – who have come from Jabalpur and the neighbouring district of Mandala.

Both the districts of Jabalpur and Mandala are severely water stressed and so people suffer from acute shortage of drinking water. They are also experiencing lack of irrigation facilities, climate change, frequent drought, a drop in agricultural production and forced migration to cities in search of work. There are a few government schemes to deal with these issues. The most popular of them is the Mahatma Gandhi National Rural Employment Guarantee Act (MNREGA) – a scheme that provides 100 days’ employment to every poor citizen who lives in the rural area. The villagers work in various development projects that benefit their own communities and get paid about US$2 a day. The employment is aimed at preventing rural migration by helping people find work right in their own villages.

But there is a lot of corruption in the implementation of this scheme: sometimes people don’t get paid for weeks while other sometimes get a lower wage. Similarly, government schemes on drinking water and rural health are not implemented properly either, because of corruption and lack of participation by local community members.

In Jabalpur, I have come to help build a community-led campaign called ‘Right To Live’ (jeene ka adhikar). The aim of this campaign is to find ways in which each community member can have enough understanding of every single development initiative launched in his area and help implement it successfully both by fighting corruption and also by claiming his own right and benefits under the scheme.

It is very heartening to see that men and women, who are struggling to get a square meal, are coming forward to take part in this consultation process. It reminds me of our own Jurmil Morcha women’s group in Chhattisgarh where, despite being extremely poor, each member enthusiastically participates in community meetings and discusses how to engage in each development initiative launched by the government and how to make it a success.

I am very hopeful that in coming months we will see the same in Jabalpur and Mandala, where the Right To Live campaign will take off and will be a great success.