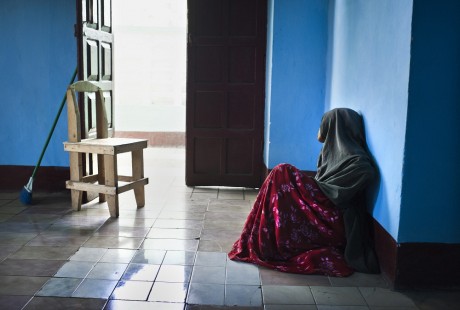 A tragic event occurred recently that exposed the prevalence of mob justice in Manipur. A 27-year-old policeman, father of two young daughters, hanged himself after his 18-year old cousin accused him of rape. His family said he left a note in his pocket declaring his innocence.

As news of the suicide spread, a mob gathered and stormed the house of the young girl, who lived with her family next door to the man. They smashed the house and ordered the family to leave the area. The mob tore the girl’s clothes and cut off her waist-length hair. She was accused of being shameless and brazen for daring to accuse the man of raping her and was blamed for his death. The girl and her family were terrified and had to go into hiding.

The crux of the matter is that nobody even tried to find out the girl’s version of events before swinging into punitive action. Mob justice is a common occurrence in Manipur, and we frequently hear about local people gathering to smash or burn houses, and banishing people from an area for crimes ranging from rape, murder and theft to more general “immoral activities”. Mob rule is a diluted and corrupted version of local self-governance which used to exist from the time when Manipur was a kingdom [the kingdom of Manipur became part of India in 1949]. However, it is also an indicator of the complete breakdown of law and order in the present democratic set-up of the state. People have lost their faith in the official lines of justice.

When we conducted our own investigation into the incident, we learned that the man had raped this girl at gun-point around six months before and threatened to kill her if she told anyone. Last month, he had again come to her room in a drunken state and tried to molest her, after which she had ran out of the house crying. When family members on both sides heard about the incidents, his family tried to placate the girl’s mother saying that as they are close relatives and as he was a family man, it would harm the family prestige if people came to know about it. The man had knelt and touched the girl’s mother’s feet saying that he had committed an error and asking for forgiveness.

While the girl’s family was deciding what to do, torn between the desire for justice and the future of their still unmarried young daughter, which would have been jeopardised if people learned about the rape, the man committed suicide, sparking a series of events which spiralled out of control. Stigmatised and traumatised, the girl has since dropped out of school, missing the national school board exams last month as a result.

After counselling, the family has now come out of hiding and has filed cases with the police as well as the Manipur State Commission for Women. A medical test has been conducted on the girl, but the reports are being withheld by the police. The girl’s family is still taking refuge at her mother’s maternal home. We are regularly following up with them to see what we can do, as what they need most at the moment is support – both emotional and logistical – to help them get justice through the proper legal channels.