You are here: Home » Blogs & features » Voices from the Ground » Parents now see the importance of education 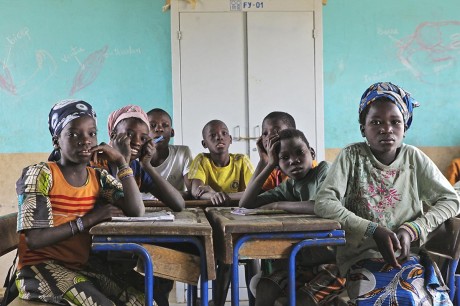 In my village people are now interested in children’s education. It wasn’t like that in the past as parents did not want their children to go to school. The girls were especially affected as parents did not  see it as important. This is why many women like me never went to school when they were young.

Some people still don’t encourage their children to go to school, but we don’t think like our parents. Now people of my generation, who are grown up and have children, realise that they must be involved in their children’s education. Children do not understand why they go to school; they may think school isn’t necessary as they see other children walking freely in the village.

So parents who pay for their children’s education must get involved with the village school. I am among the villagers who have been appointed for that, for supervising the school’s management. Every day some of us go into the classrooms to check if the pupils are all present. If someone is absent we will inform their parents and try to convince them to go to school regularly. We also supervise the teachers’ presence. And every Friday a member of the supervising committee holds a meeting to discuss the school’s situation.

The villagers want to supervise the school’s management because they pay some of the teachers’ salaries. The government isn’t paying all the teachers. I must say paying teachers is something new to people as in the past only the government would pay the teachers. [In the past] even the school supplies, such as the tables, chalk and the classrooms themselves, were given by the government. Now in many villages people have to contribute to all those things.

In this situation we don’t like the teachers to go on strike. Unfortunately they do it several times in a year to put pressure on the government to improve their wages.

I like being on the supervision committee. I have built up a relationship with the pupils. When it happens that I travel, or stop going into the classrooms for four to five days, I miss them. Children I pass ask me why I haven’t been coming to the school. I think the reason they ask is that I chat with them in the classroom and encourage them, saying they need to study if they want to be ministers or members of parliament one day.