You are here: Home » Blogs & features » Voices from the Ground » We are fighting a deep-rooted system of exclusion 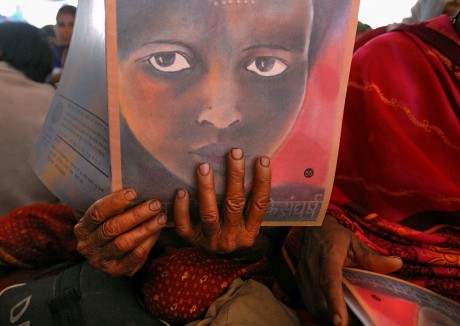 I joined politics at the age of 14.

I was in the eighth grade then, studying in a government-run boarding school. Whenever I visited my village, where we were ostracised for converting to Christianity, people would point at me and make sarcastic remarks such as, “There goes the untouchable girl who aims to be a pundit” [a scholar or expert, particularly in religion]. At home I would see my parents struggle to earn each day’s bread and I would go to work as a daily wager with them. Then I thought, if I am old enough to be a labourer, I am old enough to be a political worker as well.

As a member of a pro-Dalit political party, I started working on issues related to students such as protesting against teachers who gave Dalit students corporal punishment for minor errors, or against police often harassed young Dalit boys for flimsy reasons. Joining these protests helped me find my voice.

At the age of 17, I met a boy who was a non-Dalit and fell in love with him. Two years later, we married. It was a moment of pride for me to become the first Dalit girl to cross the barrier of caste division and marry someone outside my community. I felt I had achieved something.

However, nine months later, this pride vanished when my husband abandoned me and our newborn child and fled to Mumbai to an address unknown to me. His family was outraged to discover that their son had marred an ‘untouchable’ and asked him to choose either them or his wife. He chose them. Soon after he left, his parents also filed a criminal case against me accusing me of marrying their son by intimidation. With an infant to look care of, no income of my own and my body still weak from the childbirth, I was facing the most challenging time of my life.

During this difficult phase of life, I met many members of the People’s War Group (PWG), an armed Naxalite [a generic term for various militant Communist groups that operate around India] outfit, who offered to help me. But I refused and instead went to the police station, filed a counter case of fraud against my husband and demanded spousal support. I reconnected with my former student politicians who were now associated with various social movements. With their help, I was able to win the case against my in-laws and get spousal support. Finally, I also got a job in an NGO.

Today I am often asked why I said no to PWG. And my answer is because, democracy matters.

Had I joined the PWG, the comrades would have forced my in-laws at gun point to drop all charges against me and even forced them to reunite me with my husband. But that would have helped only an individual, not the entire community.

We, the Dalits, are not fighting a law and order situation, but a deep-rooted, century-old system of social, economic and political exclusion. To change it, one has to have ones voice heard and to fight this system from within.

I believe quick changes, that come without people talking or understanding each other, cannot last for long. However, democracy allows me to speak with people around me and change the way they think and perceive others. And this is why democracy has no true alternatives, especially for me or my people.