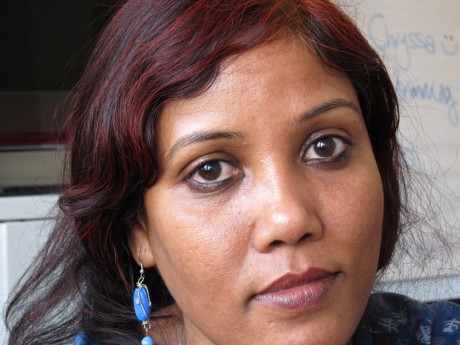 Stella Paul has been a journalist in Hyderabad for nearly 10 years. She writes freelance for a variety of magazines and online newspapers and recently joined the Linking Southern Journalists project in January 2012. She spoke to Kate Ixer about her participation in the project.

“I write for some magazines as well as some online newspapers, mostly in the US and in India. Some of the names of my regular outlets are Planet Earth, which is an environmental magazine, The Weekend Leader which is a development come environment based positive journalism website, and PulseWire – a women’s magazine, it’s a global magazine published in the US.”

“It’s excellent. Useful is an understatement. I have never worked with European media, outside India I always worked for the US media; everything was different, the language, the readership, the kind of stories that we need to come up with. It’s all about mentorship. Without that I could not have written.

“From this meeting I have learned a lot about the media landscape in Europe that I had absolutely no idea about. I learned what kind of stories they would like and I could think of a lot of stories that I could come up with that I already have there and I just have to go and get them.”

“It certainly is because when I write for Indian media a lot of things which are apparently very complicated need not be explained because they are taken for granted; the audience already has a primary level of knowledge about it. It also means going deeper and bringing out more and explaining more, describing more which is not needed back home. That’s one thing, the second thing is the way the Indian psyche works – sometimes it’s not important for people to see a solution at the end. Sometimes it is, sometimes it is not but when I worked for the US media I thought it would be the same. It is always preferred that there is a solution at the end.”

“I would tell them about what I have learned here, what kind of stories editors want, the angles, the commissions, what should the focus be, the other points, the photography and the relevance. Whatever I have learned, everything matters.”