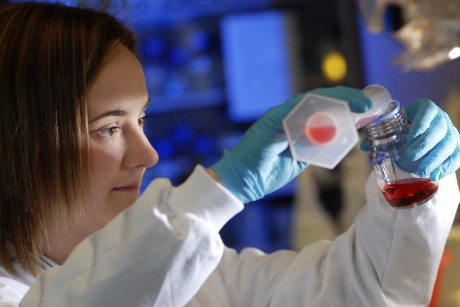 One of the world’s largest funders of science research has given its support to a growing campaign for publicly-funded research papers to be shared openly online, reports the Guardian.

Sir Mark Walport, the director of Wellcome Trust, who is also a fellow of the Royal Society, Britain’s premier scientific academy, said the results of public and charity-funded scientific research should be freely available to anyone who wants to read it, for whatever purpose they need it.

“At present, far too much of our research is locked behind paywalls that restrict access and stall progress” – argues Stephen Curry in the Guardian.

The campaign dubbed the ‘academic spring’ was sparked when nearly 9,000 researchers protested against academic journals restricting free sharing of scientific findings in hope of revolutionising the spread of knowledge by making research widely available to the public.

Cameron Neylon, a biophysicist who will take up a position as director of advocacy at Public Library of Science, an open access publisher, further adds:

“If you look at the way the web works and what makes effective information dissemination on the web, then it’s clear that open content spreads further, has more influence, is used in more ways than the people who wrote it could ever expect.”

The motivation for this initiative supported by Wellcome Trust is also at the heart of the Relay programme which works to strengthen relationships between researchers and journalists and ensure that research on critical development issues is reported in the media in developing countries to reach wider public audiences.

One of our beneficiaries highlights the importance of making research available to wider audiences in Kenya, saying:

– Luke Anami, Relay’s fellow journalist and a reporter for the Standard in Kenya.

The Relay Programme has recently published two working case studies which are examples of recent project work to improve the communication of research on issues of tax and governance in Kenya and Uganda and mega-dams and their impact on people and the environment in India. The case studies reveal the potential for research findings to contribute to informed media coverage for wider public consideration. They are works in progress, and we invite feedback and comment.

In the coming years over 300 ‘mega-dams’ will be built in India’s North East region to provide the whole country with hydropower, a clean renewable energy source. The damn development has sparked significant media interest; however, the Relay programme found that press reporting represents particularly polarised views; the government who supports the construction and civil society and community based organisations who protest the activity.

The Relay programme has been working to build the capacity of journalists and researchers alike to broaden the coverage and depth of the press reporting. Relay designed an intervention centred around a six-month fellowship programme including the production of resource materials, orientation workshops, contact building, field visits, multiple outputs and feedback, publishing, reflection reports, and a Roundtable learning forum. The fellowship aimed to improve journalists’ capacity to interact with researchers and to draw on research as a valuable source for their articles.

The results of the case study reveal the enhanced role of the journalists to use academic research and to establish a greater understanding of relevant issues.

Tax and Governance: Improving Media Engagement with research on tax and governance in Kenya and Uganda

This case study examines a project carried out by Panos East Africa to improve relationships between journalists and researchers and to provide broader press coverage of tax and governance issues.

In recent years Kenya and Uganda both have seen increased protests against the lack of accountability and transparency in their governments. Reports of tax scandals and embezzlement alongside rapid inflation have saturated the media and fuelled further public anger over governance and tax. However, much of this coverage rarely explores the links between tax, public spending and service delivery. This is largely due to a lack of trust between researchers and the media, and a lack of resources and knowledge for journalist to seek research findings.

Relay’s project implemented strategies to build relationships, skills and trust between researchers and journalists and relevant stake-holders to improve reporting and understanding on issues of tax and governance. The approach included multi-stakeholder forums, training workshops, journalism fellowships, content analysis, and roundtable dialogues with participants and a wider group of stakeholders to debate the issues.

The results of the case study demonstrate the importance of researchers and academic studies as valuable sources of evidence for journalists. From the project journalists gained an increased awareness of tax and governance issues and a strengthened confidence to report more broadly on the topic.