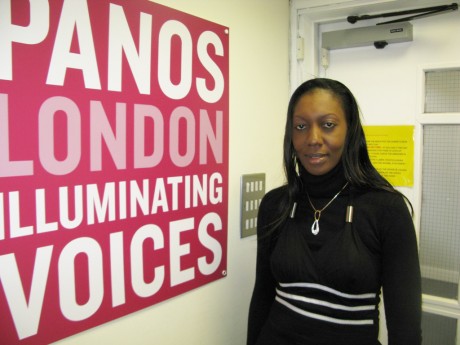 Anne Mireille Nzouankeu lives in Yaounde, the capital of Cameroon. She has been a journalist for five years and joined the Linking Southern Journalists projects in 2011. She spoke to Kate Ixer about her participation in the project.

I work for a daily newspaper here called Le Jour, it means the day in English. I am also the local correspondent for Radio Netherlands Worldwide, the state radio of the Netherlands.

How have you benefitted from the project?

How did it make you feel to see your work published?

Happy, because it was published in the Guardian [UK] and for us in Cameroon, the Guardian is the best of the best. I like the Panos project because it linked me with the best European newspaper, it was my dream to work for the best newspaper but I thought ‘I’m in Africa so how could I get in touch with those editors?’, so I appreciate the project.

In national media we don’t focus on human, we focus on statistics. European media focuses on human, maybe the story of a particular woman. You have to put in your mind that the people who will read your feature maybe don’t know your country, so you have to write it differently, maybe with more details. You have to put human interest in your article. You have to focus on the human aspect, human issues. 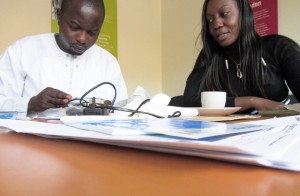 Anne reflects further on the benefits of her trip to London for the Linking Southern Journalists project:

“For me it was an edifying trip at a professional level. I’ve received very rewarding training from Panos London; I learned how to present topics to European editors. I also understand the need to emphasise the human aspect in my features. In Cameroon we usually put more emphasis on the overall facts, without showing the impact that certain phenomena can have on the individual.

“The other positive aspect of this stay in London was my work experience at the Guardian. For someone like me who lives, and studied in Cameroon, a developing country, it’s an unexpected chance to write for a newspaper as prestigious as the Guardian. During my three days of work experience at the Guardian, I saw how the newspaper works. We also discussed the type of topics that might interest them. Thanks to the Linking Southern Journalists project, I can now work for major newspapers in the world.”