You are here: Home » Blogs & features » Panos London Blog » Delivering stories from the ground is crucial 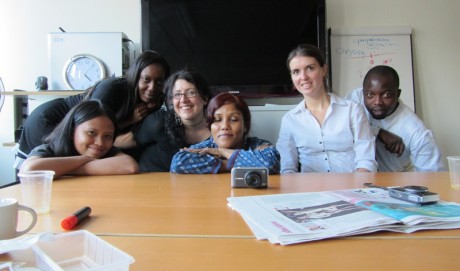 Over the past few years, we’ve been running a project with national newspapers in Poland, Sweden, Spain and the UK to publish stories written by local journalists from around the world, funded by the European Commission.

The Linking Southern Journalists with European Media project has been a great chance for us to mentor and work closely with journalists to develop their skills in writing and pitching to European newspaper and magazine editors.

We’ve been very pleased to see long term relationships flourish between these journalists and the editors of some of the biggest titles; like the Guardian, Svenska Dagbladet, Gazeta and El Mundo.

Our experience has shown that local journalists bring a different dimension to their international stories.

European editors tell us the features produced by our journalists offer readers ‘something different’ and give voice to stories they would not usually get from their own correspondents. As a result, our journalists have been commissioned regularly with their stories hitting the front page and centre spreads time and time again.

Last month, five of our journalists met senior newspaper editors to find out how they work and why their features were published. They saw how their stories challenged stereotypes, put a human face on development issues and made a real contribution to the stories found in the foreign sections.

Click on some of our journalists below to see what Ana Aranha, Stella Paul, Anne Nzouankeu, Armsfree Ajanaku and Purple Romero have to say about their experiences of writing for Europe and visiting national newspapers: