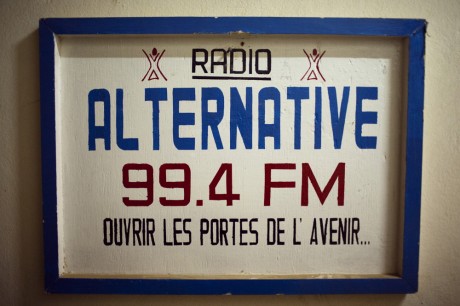 Close your eyes for one second and think about Somalia.

Did any of the following come to mind?

The largest livestock market in Africa; a robust agricultural sector; the second largest mobile phone sector in Africa; an economy supported by remittances worth over $1 billion and a business sector assisted by $350 million of investment from Turkey.

Just like much of the rest of Africa, Somalia is turning an economic corner. So how come in the UK we don’t know about the new African story?

Fingers often point to the UK media – too quick to focus on disaster stories of hunger, war and disease, the critics say. But increasingly the African community in the UK is wondering whether the African Diaspora media has an important role to play in challenging the African narrative.

This was the focus of a debate at SOAS on Wednesday evening that I took part in as a panellist. It was hosted by the London African Media Network and attended by a wide range of African Diaspora journalists and producers.

Unlike other UK-based Diaspora media, the African Diaspora media isn’t just produced for Africans living here. Take, for example, KassFM, a radio station produced in the Kalenjin dialect, which broadcasts interviews with Kenyans in the UK back to villages in Kenya. Or Le Nouvel Afriqu’Essor, a French-language newspaper which was produced in London and distributed to West Africans in the UK for free as well as being sold in Europe and West Africa. This newspaper, however, did not survive long, unable to get funding for distribution. Other Diaspora media businesses are also struggling.

At the debate there seemed a general consensus from the audience that increased investment is needed in the pan-African media, tempered with assistance to African media entrepreneurs in sound business management practices. Investment in new technology product design, it was felt, could also provide an exciting chance for the African media to leapfrog Western business models.

The answer, said some producers, was increased collaboration with each other.

But one member of the audience, a former head of the BBC’s Focus On Africa, said the reason that some of the Diaspora media had not developed a successful model was because they had failed to understand that they need to educate, entertain and inform their audiences. 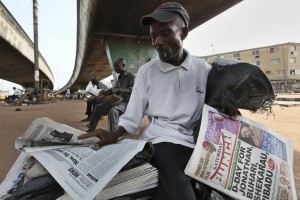 The Africa Channel said they have bucked that trend by recognising the power of entertainment. Their broadcasts of African produced dramas get some of their highest ratings, attracting viewers to news and other outputs. Understand who your audience is and what you want to achieve and advertisers will return.

Some members of the panel seemed to feel their job is to get good news stories to the UK to get business investments. Hassan Osman of the Somali Economic Forum said potential investments in Somalia are affected by negative media coverage in the UK.

Meanwhile, the UK-based independent producer, OH TV, which recently closed, said on of their challenges was that material they offered to the BBC was considered “too ethnic”.

If Africa is seen one-dimensionally in the UK, then at Panos London we believe it is due to a lack of engaging and diverse voices – something we seek to change.

For the last three years, Panos London has been working as a broker between professional African freelance journalists and foreign desk news editors in the UK, Sweden, Poland and Spain.

A recent external evaluation of the project showed that journalists can get African stories published and that Northern editors see great value in getting closer to African people’s lives.

The interviews with European editors reveal that they have a thirst for more local voices and that African jouranlists provide different angles and views. The freelancers involved on the project are now being paid to produce direct commissions by foreign desks.

In addition, freelancers have found that their national media will start reporting on a local issue if it appears first in the international media, and they find that they are taken more seriously at home if they have been published abroad.

But initially freelance African journalists find it difficult to break the European glass ceiling without a UK-based intermediary. With their knowledge of the unreported stories, their links on the ground, and their understanding of the UK media markets, perhaps this is a role that the African Diaspora media can also play.