You are here: Home » Blogs & features » Voices from the Ground » Compensation for rape victims, or justice? 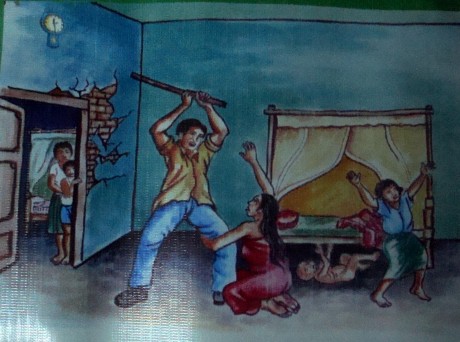 In my work, I have met many rape victims, I have heard their stories, and I have participated in their fight for justice. But by no stretch of my imagination or empathy will I ever be able to fully know the kind of mental and physical torture they have undergone. If a cloth becomes soiled, I can either wash it or throw it away. But when my own body has been soiled and the experience imprinted on my mind for a lifetime, how do I wash my mind or throw away my body? And how do I live with that knowledge that this is now part of my life whether I want it or not?

Recently, a scheme for providing financial assistance and related support services to women and girls who had been raped was set up in Manipur. While the scheme already exists elsewhere in India, Manipur is the first state in the country’s northeastern region to implement it.

Under the scheme, women can claim up to Rs200,000 (US$3,500) in financial assistance and support services, including shelter, counselling, medical and legal aid, education and vocational training. In its first phase, four rape survivors were given Rs70,000 (around US$1,200).

Its goal is ensuring restorative justice to the women. Yet those behind the scheme admit that “no amount of financial assistance can adequately compensate for the injury, both physical and emotional, faced by a victim of rape.”

This is a good scheme as most rapes happen to women and girls from poor and low income families who have limited access to medical and legal services.

However, I am worried that the scheme could mean women are less likely to receive justice.

In order to apply for the benefits, women must first file a so-called FIR (First Information Report) case with the police. They then have 60 days after the rape occurred to apply to the scheme.

But the legal system is ponderous, long-winded and time-consuming. On top of that one faces departmental apathy, corruption and nepotism at every level.

Filing an FIR is a case in point. Sometimes police will take down just a complaint but refuse to file an FIR – especially if the accused has money or political clout.

In our work, we have come across so many such cases where the police have refused to file an FIR. We have had to intervene and tell them just what laws and rules the accused had broken. In the context of this scheme, an FIR from the police is an important document.

In Manipur it is common for women to receive monetary assistance but lose the fight for justice. That is why I am worried that the financial assistance for rape victims might waylay justice for the victims and the rapist might go unpunished. In my opinion it would be better if the government provided free legal services, psychological counselling, medical services and income-generation training. How will money ever compensate for the loss of one’s dignity, personality and self-respect? On the other hand, knowledge that the rapist is punished for his crimes will be some solace to the woman or girl who was raped.