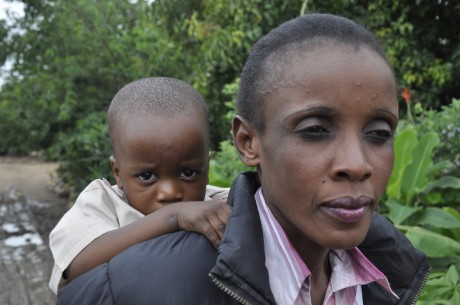 What does it mean to live with HIV and AIDS in the developing world? With the International AIDS Conference in full swing this week, we have put together a collection of stories and experiences from HIV positive people.

My life is no sin

HIV is a curse from God – at least this has been the belief among some of the Muslim community living in Mombasa in Kenya.

HIV, my mother and me

Sofia and her daughter Regina live in Kenya’s capital Nairobi. For 18-year-old Regina having a mother who is HIV positive is all she’s ever known.

When Sofia became ill her daughter was there to help out. But does HIV in the family mean Regina misses out on her youth?

This was ten years ago. Today, Aliness Munyanta, a volunteer peer educator, is mother to a healthy little girl thanks to free anti-HIV drugs.

Yet while free antiretroviral treatment has been one of the biggest changes in Zambia’s HIV epidemic, HIV prevalence is nearly four times as high among young women aged 15 to 24 as that of men of the same age.

Journalist Zarina Geloo met Munyanta and others working to stop the spread of the virus in a country where HIV and AIDS has a female face.

Just a few years ago, Nchelenge district in the north of Zambia was being devastated by HIV/Aids.

But the arrival of free antiretroviral drugs – together with the strength and courage of men and women ready to tackle their HIV status – has transformed the situation.

Reporters David Bweupe and Chilufya Mumba take a journey to meet the men and women who have rediscovered hope.

South Africa: HIV, we are all affected

This five minute interview explores how HIV continues to affect families in South Africa. Abigail Ntleko, a nursing sister, has spent much of her adult life caring for families with HIV and she has adopted scores of children, encouraging them confront the stigma around HIV which still persists.

Massy, who grew up with Sister Abigail at the Clouds of Hope residential centre in Underberg, is inspired by her example and determined that her own generation will keep up the good work.

Journalist Anna Majavu met the girls and heard their stories.