You are here: Home » Blogs & features » Voices from the Ground » Children fall ill as hunger persists 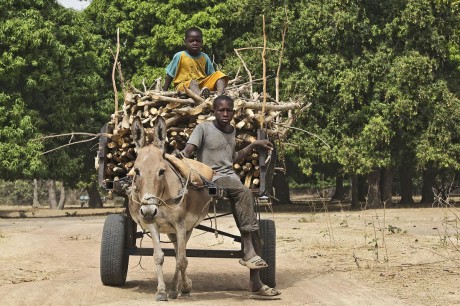 Malnutrition affects children more than anyone else in the hungry season.

The children become skinnier, as we don’t have enough food. This is due to failed harvests. If there is lots of food, peoples’ bodies reflect that. Older people also suffer from malnutrition. We need to eat a lot in order to face tough work on the farms, as it is generally physical labour.

Children are the main labour force and sometimes they are unable to work because they are too weak. As they are malnourished they are also more vulnerable to malaria.

Malnutrition opens the door to many other diseases. My children and many others in the village are suffering from malnutrition and diseases they wouldn’t normally suffer from.

One of my granddaughters has been suffering especially during this year’s hungry season. She has had several malaria attacks, but now she is fine. I think she is more vulnerable than the others because she usually falls ill even in food abundance time. But food shortage complicates her situation. To be healthy she needs to eat sufficient food.

Food shortage isn’t a good thing. It isn’t good at all. It affects even crops-growing activities. When farmers are hungry they can’t work in the farms as they would like to. And many inhabitants of this village are in need of food assistance. All the villagers have been were forced to start buying food a long time before the beginning of the rainy season.

In this condition it is difficult to escape food shortage, even in the years of sufficient rains.

If you don’t have enough money you can’t buy food and save money to buy fertilisers, good seeds and other things needed for agriculture. In the past one could grow food without using fertilisers, as the lands were naturally fertile. Nowadays this isn’t possible because it doesn’t rain enough as in the past and the soil has become poor.

We may continue to face malnutrition in the coming years. I don’t see how we will escape it because I don’t know any definite solutions. The problem is that we can no longer produce enough food to cover our food needs all the year round.