You are here: Home » Blogs & features » Voices from the Ground » Gender equality starts at home 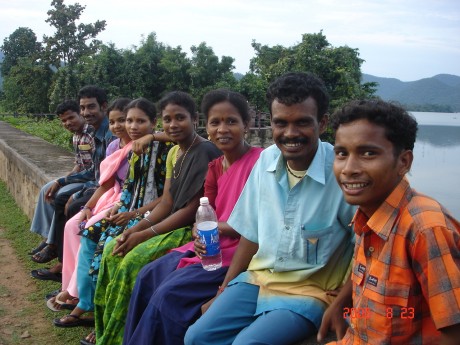 My 17-year-old son is a good homemaker. Anu cooks and cleans the pots. He also washes clothes. This is something my late husband and my other male relatives never did. They all thought that doing household chores was shameful for a man. In most villages you will see women and young girls walk for miles to collect drinking water, even if they are unwell. That is because men feel that fetching water is a ‘lowly’ act.

But as a mother, I feel proud when I am tired and my son asks me to rest while he cooks and serves food. I believe that this is a good way to teach my son about the dignity of work and gender equality. Whatever profession he chooses in the future, these principles will help him become a better person and a change-maker.

We have millions of young people in our country. But their participation in social movements and politics is not as high as it should be. Most of our youths are actually either unaware of what is going on, or are not interested.

A number of organisations are now trying to change this. In fact, I often get calls to conduct training camps and workshops for youths. In each camp and workshop we discuss social, political and cultural issues and play games to encourage team spirit.

These are all good efforts. But I feel that the most effective approach is to instill progressive thoughts and values in them which are missing in many of the older leaders, such as gender equality, tolerance, respect for women and freedom. And we can do this by helping them practice each of these values in their daily life.

I am very happy to say that a number my community members are doing this. As an example I want to tell you about Dilip Sahu and Mahendra Chauhan, two social activists living in Kanker, a district with a strong presence of Naxalites. Both these activists are helping a number of tribal youths, who have fled their villages either in the fear of the Naxalites or the army, rediscover their faith in peace, democracy and the ability to bring change without a gun. How do they do that? Here is an example. 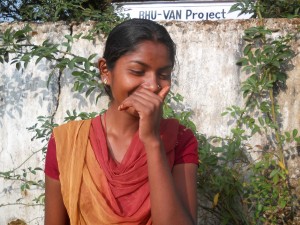 Mano, a young woman of 19, fled her village two years ago fearing pressure from the Maoists to join them. When Sahu and Chauhan met her, they offered her shelter in their office. Both of the activists help people from rural districts access healthcare. As part of their work they also conduct surveys on the basic health and nutrition among local people. They taught Mano how to conduct a survey. The constant interaction she had with the people while carrying out the surveys has made Mano self-confident and courageous and she has started visiting her village once again. She now wants to teach young women in her own village about hygiene and sanitation which she thinks is very important for their well-being.

Ajay Mandavi , a tribal woodcraftsman in the same district is instilling qualities like tolerance and patience in a very vulnerable section of the youth: former Naxalites currently in jail. Mandavi visits these young people regularly and teaches them woodcarving – a craft that requires the undivided attention of a practitioner and increases his level of patience. Mandavi believes that these new qualities will help young people organise themselves in a peaceful manner or build a social movement to seek change.

I have met a few of these youths. While they do not regret joining the Maoists, they also are not sure that they have brought any concrete changes on the ground. And they are determined to do this now. One of them – a young woman whose name I don’t want to reveal – told me that when her sentence was over, she would like to teach wood carving to all the women in her village and start a cooperative with them, so each of them could earn a living.

To me, this is the sign of an emerging leader.

We need more such individuals and organisations to build leadership qualities in our youths. And for that, we must try to spot the missing or lost values and beliefs that will help young people build their respective communities. If we can do that, we will surely have a new generation of leaders who can change the present system from the bottom.