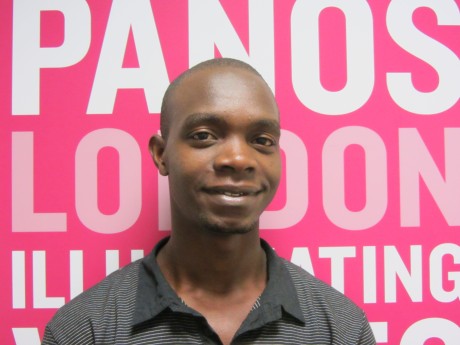 Javie Ssozi is a digital media campaigner and co-founder of the website Uganda Speaks. With the tagline “trending our own stories”, the site was launched in response to the viral sensation KONY2012, a campaign film produced by the American charity Invisible Children about Joseph Kony and the Lord’s Resistance Army in Northern Uganda.

Javie, along with many Ugandans, felt the video did not portray the current situation or include local voices and views. He spoke to Lilly Peel.

What trends have you seen in ICTs in Uganda?

I see people embracing new technologies and using them on a daily basis not only to access but also to share information freely.

Mobile phones have become basic needs to many Ugandans because people rely on them to access a wide range of services: from market prices to mobile banking (Mobile Money).

Mobile Health, or mHealth, is a new way of using technology to share health information. Applications, such as WinSenga, are being developed to ensure that diagnoses can be done through mobile phones in the future.

WinSenga is a new project. It’s very exciting considering that mobile phone penetration in Uganda is very wide, which means that more people can benefit from the project once it takes off.

Social media is mostly used by young people between 15 and 30. This age group includes students and young people who have just graduated and those starting to build their careers.

The most active people online, though, are between the ages 23 to 45 – mostly those working in media houses (journalists/ TV or radio presenters) and non-profit organizations.

What barriers are preventing wider use of social media and technology and how can they be overcome?

Overcoming such barriers would require the government to integrate ICT in all government programmes including school curricula. This will probably be the first step towards solving the two challenges of access and limited skills.

In 2007/08 there was a social media explosion in Uganda. I’m trying to get NGOs linked in to social media.

You say you want to have a website but you can’t afford it. Why don’t you try a blog? Or start with a Facebook page, or try Twitter.

I use technology in a way that helps me learn about the world but also helps me to influence and change things that I feel passionate about.

Twitter helps to hold people accountable. Social media can influence a lot of things. For example, during power cuts we started to use Twitter, pointing out when and where and how long the cuts when on for. We kept shaming UMEME [Uganda’s principal power distribution network] on Twitter and eventually they were forced to hold a discussion and explain the situation to us. Tweets have also pressurised the Prime Minister to have a Q&A session.

We’re trying to pressure more Ugandan corporate companies to tweet. If you mention them in tweets they can’t hide. We use Twitter to represent the wider community.

Many people [in Uganda] used to think that Facebook is a dating website. They said “I can’t have my business on there!” But people are slowly realising they can join the social networking websites and that they are not necessarily dating websites.

TV and radio talk shows have become really interactive with presenters reading out tweets from the Twitter stream. Twitter is not one-way. SMS could delay but tweets are on the twittersphere. Newspapers [such as the Daily Monitor] are also picking up on tweets and sharing them as quotes in the papers.

Technology for me is one of the key tools in development. It empowers people to learn and to be involved in everything that happens around the world.

It looked appealing; it engaged all your senses. [Watching it] you feel attached and feel you’re getting into the story.

But there was no focus and it was based on information that was six years out of date. [I set up] UgandaSpeaks to recapture the narrative of Kony2012, to educate people about what was right and what was wrong about the Kony2012 campaign so people could know what they were getting into.

As a Ugandan, and as a person who understands the legacy of the war, Kony2012 was disrespectful. Over-simplifying a very complicated story was demeaning.

There was a response on Twitter but there weren’t many blogs. So I sent a message out on Twitter: let’s have a meet-up. I wanted to create a central place where people could go to read responses to the film. All the tweeps who came to the tweet-up agreed that we should create a website (UgandaSpeaks.com) to share our opinions about the video and also to share voices of Ugandans – victims of the war in Northern Uganda. Let’s show the world what it looks like in Northern Uganda right now. Let’s have local voices. Let’s have some people there speaking about what’s happened to them.

A central platform helped people to understand and also enabled major media houses and universities to contact us. We had an amazing response and feedback from around the world.

Tell me about your Stop Stock-out campaign

Community data collection is used to hold governments to account. This uses a map powered by Ushahidi and information collected by village health networks. Ushahidi is used to track where there are medicines and where they are out of stock (a “stock-out”).

It has been challenging in some countries to collect data. There have been better responses in Kenya, especially Nairobi, than Malawi.

I’ve helped the team in Uganda to make a plan to collect information, then, once it comes in, how to use it, visualise it and how to share it with the community. Information needs to be non-technical and presented in a simple and easy to understand way.