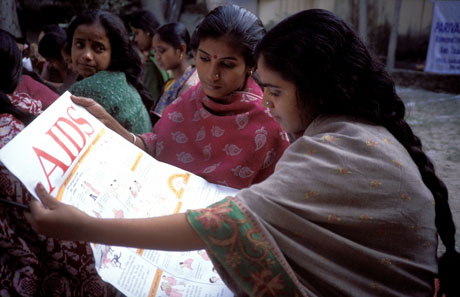 Time to put communication at the centre of development

2005 was a potentially momentous year for international development. The debates that raged and the campaigning that took place was greater than for decades.

The launch of the Africa Commission report, the G8 and EU summits in the UK, and the UN’s Millennium Development Goal (MDG) Review in New York were just some of the events that placed poverty eradication and development issues at the top of the political agenda.

‘Potentially’ momentous because so much needs to be done to transform the fine words, solemn promises and expressed commitment into effective action that will seriously address the greatest moral, political and security challenge facing the world today: that one sixth of its population – one billion people – live on less than US$1 a day.

It is a central challenge, therefore, for Panos London to persuade policy-makers, economists, political scientists and development and civil society organisations that communication really is the ‘pulse’ of development, and this will be a centrepiece of our policy and advocacy work in 2006-7.

Panos has already come a long way. In 1986 when it was founded, the organisation was a pioneer working to ensure that information, communication and the media were effectively used to foster public debate, pluralism and democracy in the developing world.

Although many challenges remain, we can look back with pride at the success of our work over the last two decades in helping to shape and implement this ambition.