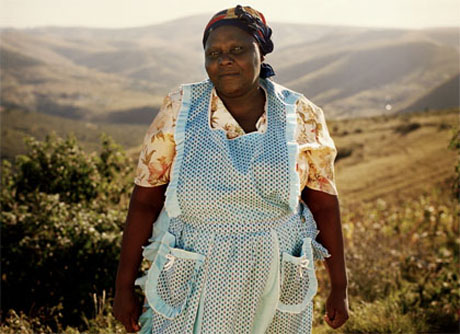 Panos London’s mission is to stimulate informed and inclusive public debate around key development issues in order to foster sustainable development. During 2008 we continued that mission, with the aim of ensuring the perspectives of marginalised people are included within development decisions.

From the Executive Director

2008 was a tumultuous year for the global economy, with the near collapse of the international banking system throwing many countries into recession. Millions of people in the developed world have been hit by the crisis, but it is the developing world – where the economic fragility of countries and households is so much greater – which will suffer the heaviest blows. The UK Department for International Development (DFID) estimates that up to 90 million more people will be dragged into poverty each year after 2010 as a result.

Panos London’s series of oral testimonies by ‘ordinary’ people from communities in Pakistan, Zambia, Kenya and Mozambique show with tremendous power what living with poverty really means. Their accounts – vivid, direct and full of detail – illustrate the many different ways that poverty affects people and reveal the ingenuity and resourcefulness they have to employ simply to meet their basic needs.

The Living with poverty testimonies show the power of what we call ‘Voice’: people speaking for themselves in their own words. Voice is one of four communication approaches that Panos London uses to amplify the perspectives of poor and marginalised people, and promote debate, greater accountability and – ultimately – change on key development issues, including climate change, HIV/AIDS and public health, governance and poverty reduction. Examples of all of these approaches (voice, dialogue, media and networked communication) are featured in the following pages, providing a sample of our work throughout the year and across the world.

At a time of recession the resources available for many of our partners and supporters shrank, and therefore we want particularly to thank those donors who supported our activities in 2008. Panos London’s high profile and reputation in the area of communication and media for development is built on our innovation, expertise and 23-year record of programme implementation; and we are developing exciting new projects which we believe will make an even greater impact on promoting voice, building greater accountability and reducing poverty in the years to come.