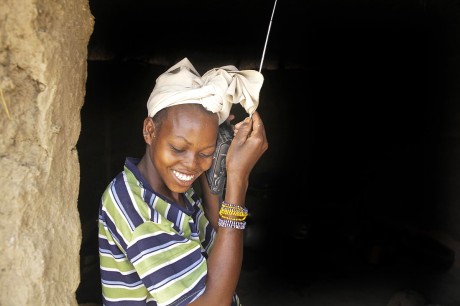 Panos London’s mission is to stimulate informed and inclusive public debate around key development issues in order to foster sustainable development.
Our aim is to ensure that the perspectives of the people whose lives are most affected by development (mainly the poor and marginalised) are included within decision-making and that decisions are subject to their scrutiny and debate. We are working to promote an enabling media and communications environment worldwide.

From the Executive Director

In 2011 Panos London reached its 25th anniversary, and proudly celebrated a substantial record of achievement since its founding in 1986. During this time it has helped to transform the media landscape in developing countries; put the concept of including the voices of excluded and marginalised people at the centre of development practice; played critical roles in the fight against the HIV and AIDS pandemic and the development of information and communication technologies (ICTs) to benefit the poor; and become one of the most widely respected leaders in the field of communication for development.

Nevertheless, the year was one of the most difficult of any of the last 25 for Panos London as a result of the loss of major funding to a large number of programme areas in 2010 and early 2011 (explained in last year’s Trustees’ Report). Total income fell by 24 per cent in 2011 to £2.65 million, a decrease of £853,000 on the previous year. This was more than accounted for by the reduction in funding from the UK’s Department for International Development (DFID), with total support through project grants and the Programme Partnership Arrangement falling from £2.35 million in both 2009 and 2010 to £782,000 in 2011, principally as a result of the end of the PPA in March 2011.

This sudden and dramatic loss of revenue necessitated a radical restructuring of Panos London and a severe reduction in organisational capacity with staff numbers being cut by nearly half. The restructuring ensured that in 2011 Panos London still delivered its existing programmatic obligations and maintained progress towards its Strategy to 2015 objectives, while also reducing staff costs by over £560,000 (40 per cent). Panos London was greatly helped in this most challenging year by an additional bilateral grant of SEK 4.5 million (£436,000) from the Swedish International Development Agency (Sida).

In the light of these major organisational challenges, Panos London’s strategic and programmatic achievements in 2011 were extensive, and are set out in detail in pages 6-8 of the Trustees’ Annual Report for 2011. Some highlights include:

This remains a challenging period for Panos London and I would like to thank all of our donors for their support to our programmes in 2011. The Trustees’ Report and Financial Statements provide more details of our work; and please do not hesitate to contact us if you want more information or would like to support our future activities.