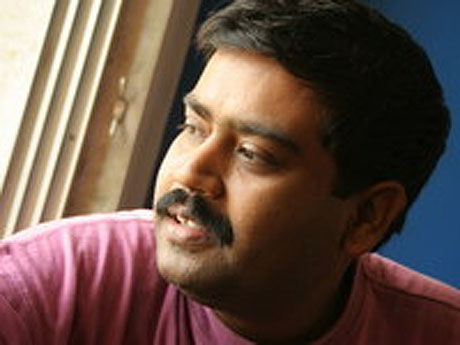 The Indian state of Kerala has just hosted an international conference looking at the role of faith in fighting climate change. Earlier this year Wasantha Ramanyake spoke to activists whose religion inspires their environmental activities.

A holy war to fight climate change, that’s what the world needs, according to Sri Lankan biotechnology student Ashrifa Fathima Ali. Founder of an environmental group, dubbed a ‘green army’ at the Spectrum Institute in Colombo, Ashrifa’s ‘holy war’ is actually a peaceful campaign, not a violent struggle.

“It is high time we fought a war on climate change, just as the war on terror” said Ashrifa, remarking on reports from the Intergovernmental Panel on Climate Change that a changing climate would become a more critical issue in the future than global terrorism. “I have become more climate-conscious ever since I started asking others to join the Green Army.”

Ashrifa says she uses Islamic principles to guide her campaigns. “According to Islam, Muslims are allowed to fight only in self defence,” she added, saying that greenhouse gas emissions threaten the entire world, especially developing countries, and she thinks it is right for her to wage a peaceful war in defence of humanity.

She and her fellow environmentalists are targeting residents in the heart of the capital, enlisting them in a recycling project and advising them on saving energy in their homes. She has conducted walks, house-to-house campaigns and awareness-raising seminars.

“We preach simplicity and peace,” she said, before criticising the lifestyles of heavy consumers. “People especially in the West consume more energy and food than in the poor countries and contribute more to climate change.”

After being sponsored by the British Council to attend last year’s Copenhagen climate change summit, Ashrifa witnessed the failure of the climate change negotiations. Her own climate-fighting efforts, by contrast, have earned her a reputation as a fierce campaigner. The British Council described her as among the ‘the most successful and prolific’ of their climate change ‘champions’ and she has gained coverage in the press in Sri Lanka and beyond for her cause.

Jagath Gunawardane, lawyer and environment activist in Colombo, the Sri Lankan capital, is a Buddhist who says his faith stresses the importance of moderation and curbing the excessive consumption which helps to drive climate change.

“I always consciously control the amount I eat, drink and use every day,” he says. “I could afford to have an air conditioner but I simply use a ceiling fan.” Similarly he has only one vehicle for his family and himself. “Our vehicle is not extravagant or luxurious”, he says, hoping to minimise damage to the environment. “I use public transport whenever possible.” Buddhism also teaches its adherents not to indulge in luxuries.

While Ashrifa and Jagath make a clear link between faith and environmental decisions, it is not necessarily reflective of a wider religious movement in South Asia. Souparno Banerjee, media coordinator for Centre for Science and Environment, an NGO based in New Delhi, India. As one who knows what climate change is, he says that Hindus are unmoved by it. “I don't think we do anything which helps stem climate change directly in terms of religious practices,” Souparno says.

Souparno, nevertheless, believes that religion is a powerful tool in tackling climate change. “If imaginatively used, it can create an immense impact,” he says. As a practising Hindu he consciously takes steps to help the environment. For instance, when they worship the idol of the Durga during the festival of Dussehra, they ensure that it is painted and decorated with environmentally-friendly material, and that it is immersed only in designated spots in rivers to minimise the pollution.

Europe has historically contributed more than Asia to global emissions per head. In Germany, Dr Alfred Buss, President of the Evangelical Church of the state of Westphalia, is one among many religious groups pushing developed nations to cut their carbon emissions. Like Ashrifa, he went to last year’s Copenhagen Climate Summit to demand that world leaders cut their greenhouse gas emissions. He, like many activists – both religious and secular – is concerned with the plight of millions of poor people in Africa and Asia.

“Is not every human equal before God?” he said. “Then why should a few have the right to pollute more? We in the developed countries are also part of the problem, and that is why we are obliged to first reduce emissions in my country.”