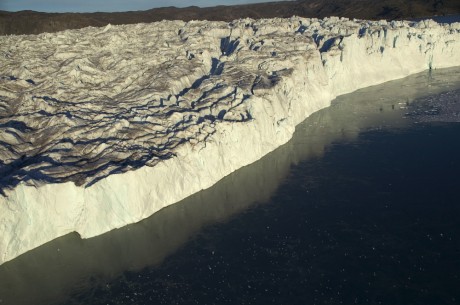 Pretending to know next to nothing about it, I asked Themba what COP 17 meant. A broad smile immediately lit up his face, revealing his shiny gold tooth.

“It is not the same as the World Cup that was in South Africa last year,” he began. “This is about the weather.”

He didn’t stop there though; he dropped the rolled up rug he was carrying and eagerly started a little lecture in which he gesticulated much of the time, explaining how the rains in Durban were falling harder than they used to.

Themba isn’t one of your “experts, negotiators or delegates” at COP 17 currently taking place in the serene coastal city of Durban, South Africa. He is one of the many volunteers engaged to help with the arrangement of equipment at the grounds of the conference.

It seemed much more rewarding listening to Themba talk about climate change, than having one’s ear drum burst with the arcane detail hurled down at the press conferences.

Vintage example: How would the ordinary reader in a remote village in Nigeria understand the following:

The above is a portion of the report of the Inter-governmental Panel on Climate Change (IPCC), which also says that “changes in extremes can be linked to changes in the mean, variance or shape of probability distributions, or all of these. Some climate extremes (e.g., droughts) may be the result of an accumulation of weather or climate events that are not extreme when considered independently.”

Clearly, this issue needs to be better communicated.

So on Thursday, the first ever Climate Change Communications Day took place in Durban. Journalists and other media practitioners took time out to brainstorm on how to deliver the message of climate change, in spite of boring jargons inherent in the material. Organised by Internews, the Earth Journalism network, and the International Institute for Environmental Development (IIED), the conference had the theme, Addressing climate change with innovation and information. It was a frank and robust discourse. The complimentary roles of the journalist, and the scientist were highlighted.

The point was made that the seriousness of the problem of climate change required less of the nerdy attitudes of some scientists that is already isolating the very people the message is meant for. To drive home this point was Randy Olson, author of Don’t Be Such A Scientist.

After taking care of “such scientists,” the discourse moved on to focus on journalists themselves. Canvassed, were such points as telling a “sexy story” that would be interesting, yet drive home the point of climate change. An example was provided by Indian Journalist Joydeep Gupta of the Third Pole Project – who told a story about how the carbon emissions from putting a jeans trouser in the washing machine could be calculated. “I did it as a box story, but I was amazed at the response I got,” said Gupta.

Yet, concerns were expressed that while such exotic little stories were important, there was the need to keep an eye on the big picture, such that the actions or inactions of decision makers would not go unreported.

Moderated by Marina Joubert of Southern Science, South Africa, the opening plenary saw heated debate on the issue of objectivity. It was Gupta position that journalists must draw a line between journalism and activism. A Jewish Rabbi in the audience dismissed such aspirations towards objectivity, likening it to an arts reporter keeping a distance from the theatre because he wants to be objective. “To my mind, that is nonsense,” he said.

The original article was posted to climatemediapartnership.org