You are here: Home » Blogs & features » Print features » Curbing climate change: what’s in it for China?

Curbing climate change: what’s in it for China? 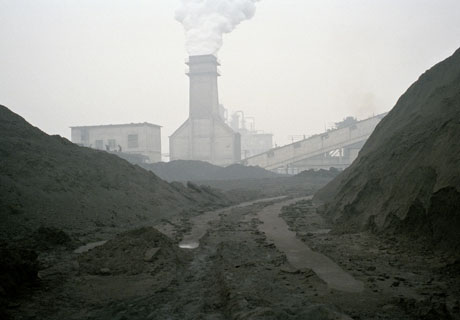 China | Industrial emissions from a coal coking and tar refinery plant in Linfen, one of the most polluted cities in China. China has been resisting calls to fix caps on emissions / Ian Teh - Panos Pictures

China’s stance is seen as key to the success of a post-Kyoto climate change agreement. Ke Xu explores some of its carbon-cutting options.

In the Bali roadmap, agreed at the 2007 negotiations of the UN Framework Convention on Climate Change, member states agreed to intensify national and international action to reduce the effects of climate change.

Developing countries, including China, continue to resist mandatory emissions caps arguing they have historically contributed little to global warming. The UN roadmap recognises they need the opportunity to develop, during which time their emissions will increase. However member states find it harder to agree when mandatory global emissions reductions should begin to apply to developing countries, and views vary widely between rich and poor countries.

Some industrialised nations are pushing for all countries, whatever their wealth, to agree to cuts in certain industrial sectors. Under this approach, governments would commit collectively to a set of targets, standards, or other measures, to reduce emissions from a given sector, such as electricity, cement or steel. The topic continues to be hotly debated at the climate change talks, as some developing countries see it as a back-door attempt to impose emission reduction targets on them.

What incentives are there for developing countries to adopt this approach? One popular idea is ‘sectoral no-lose targets’. This means developing countries would pledge to achieve voluntary carbon emissions cuts in agreed sectors. They would then receive carbon credits if they beat their reduction target which they could trade on the world carbon markets.

Crucially, no penalty would apply if the country failed to meet the targets. Developing countries could then use the revenue from this trading to invest in clean technology. In China, the environmental campaigning group Greenpeace has teamed up with the Chinese government and the renewable energy consultants Ecofys to study how it might apply the sectoral-based approach in China’s electricity industry, the largest single source of emissions, accounting for about 40 per cent of the country’s CO2.

This incentive only works if they can sell their carbon credits at the right price, which is far from certain given the recent low prices on offer on the world carbon market.

For China, like many other developing countries, the most attractive incentive for agreeing to voluntary cuts is the prospect of benefiting from the transfer of environmentally-friendly technology from industrialised countries.

Lu Xuedu is a senior official of the Ministry of Science and Technology and a prominent member of the Chinese delegation at the UNFCCC meeting in Poznan in 2008. He said China and other developing countries were strongly pushing for a sectoral approach which emphasises technology transfer to control, reduce or prevent greenhouse emissions. But developed countries wanted to assign mandatory, binding targets to developing countries, especially China and India, as soon as possible, he said. “This is what we will object to”.

Ascertaining emissions in China and other developing countries in and around 2020 is seen as key to identifying the emissions trajectory necessary to achieve to the long-term goal of limiting warming to 2°C above pre-industrial levels. Developing countries are being asked to predict the size of their emissions. This is another stumbling block for China.

As a large and developing economy with fluctuations in economic demand, it is difficult for China to project the future size of the economy and its emissions. “There are so many uncertainties in the Chinese economy. Nobody dares to make an accurate projection. There will be a large degree of uncertainty attached to any specific emissions pathway,” said Jiang Kejun, an energy researcher from the National Development and Reform Commission, the highest governmental body to address climate change in China. “In the case of power generation, it is very difficult to make accurate forecasts of electricity production and demand in a decade or more.”

Gao Feng, the UN Framework on Climate Change’s director of legal affairs, expects that wealthier, industrialised nations will agree to additional emissions reductions, while emerging economies are likely to offer long-term commitments on future reductions. However, what shape those commitments should take, and what share of the responsibility developing countries should shoulder, is still unclear.

If developing countries have the flexibility to take voluntary action now, he says, new technology and capital from developed countries will help them build their capacity for clean energy and emissions cuts, making it much easier to negotiate binding targets later on. Smooth negotiations are the key.