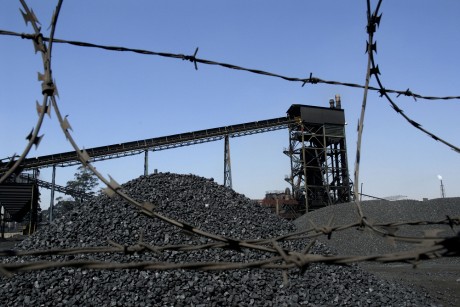 The South African government has been called upon to display moral and political leadership as the country prepares to host the 17th round of United Nations-led climate change negotiations in Durban in December. But while the continent’s strongest economy gears itself up to represent Africa’s needs in the talks, it may also face scrutiny because of its coal-intensive economy which produces nearly half of the continent’s greenhouse gas emissions.

The erstwhile deputy director-general of the Department of Environmental Affairs, Joanne Yawitch, a key South Africa climate change negotiator until this February, said before leaving office that – much like the football World Cup held here in 2009 – the UN event would focus the eyes of the world on South Africa at various levels, including its response to climate change and sustainability issues.

She added that hosting talks on African soil would highlight the continent’s potential for green jobs to boost economies and low-carbon development pathways. But the impact of climate change here would also feature prominently, along with the need for countries to adapt to the consequences of a harsher climate and warmer temperatures.

When talks kick off on 28th November, South Africa will have the final draft of its first national climate change response law, as well as a new plan for electricity generation for the next two decades.

The draft law acknowledges the need to reduce emissions, while aiming to provide ways to deal with the consequences of rising temperatures within the country and the resulting shifts in climatic conditions. But critics say it is strong on intent while thin on substance – plenty of “what” but no “how” – leaving it with few teeth, in its current form, to address the reality of a climate which is already shifting across the region.

It provides for an inter-ministerial committee to help coordinate climate responses between multiple government departments, which might at times have conflicting priorities. The environmental protection mandate of the Department of Environmental Affairs, for instance, might be at odds with the Department of Energy’s and Department of Mineral Resources, which oversees concerns with water-intensive coal extraction, a fossil fuel which accounts for over 90 per cent of the country’s electricity generation.

But critics such as Brenda Martin, director of the non-governmental organisation Project 90 by 2030 (which deals with climate issues) and part of a collective of NGOs pushing for a more ambitious law, thinks that without the committee having any legislative muscle, it will act as little more than another cog in the larger bureaucratic wheel.

Similarly provisions for a local carbon tax, the statement of intent about emissions reductions and acknowledgement of plans to adapt to the impact of climate change, require greater detail of how these objectives will be achieved. The Worldwide Fund for Nature’s (WWF) local climate change programme manager Richard Worthington says the draft needs a “low carbon action plan, a plan to show how the country will make a just transition to a low carbon economy” in order for the eventual law to have greater substance.

But at the same time, the country is drawing up a strategic electricity plan – the Integrated Resource Plan or IRP2010 – which lays out a strategy for powering the region’s electrical grid for the next 20 years. And as Gary Pienaar from democracy watchdog Idasa (the Institute for Democracy in Africa) points out, this is more than a blueprint for the sector for the next 20 years; it is “one of the most important policy processes… for the economy and the energy sector”. And infrastructure such as coal-fired and nuclear power stations built under this regime will be in operation for the next half century.

The draft electricity plan does change the South African grid over the coming decades: coal’s contribution shrinks to 48 per cent from its current contribution of 93 per cent (although gas will take up some of the slack relinquished by coal so it’s still heavily fossil fuel-based). Renewable power grows to 16 per cent from a negligible amount of hydro at the moment. And nuclear – currently giving the grid almost seven per cent of its power – increases to 14 per cent by 2030. The rest comes from gas turbines, imported hydropower and a few other smaller sources.

At the same time, the state utility Eskom will continue to build the massive Medupi coal power station using most of a USD3.75 billion World Bank loan, which was approved in April 2010. Once Medupi fires up, the 4,800-megawatt plant will be one of the biggest of its kind in the world. Eskom’s second coal-fired power station, Kusile, will have cost South Africans R142 billion USD21 billion), when it begins operating in 2017.

But, says energy consultant Hilton Trollip, who worked with Idasa on critiquing the IRP, the quickest, easiest, and most environmentally friendly way to reduce demand on South Africa’s grid is to cut energy wastage– something missing in the current incarnation of the IRP.

Many of the problem areas, which critics have highlighted in both the country’s electricity plan and its national climate change response draft law, are being considered by the coordinating branches of government, respectively the Department of Energy and the Department of Environmental Affairs. Joanne Yawitch maintains that, despite the criticism, the country is breaking new ground: “I’m not sure anyone else in the world has included carbon constraint in their modelling,” she said.

This article was produced as part of a fellowship with the Climate Change Media Partnership, an initiative of Panos, Internews and the International Institute for Environment and Development (IIED).

South Africa's energy policies will come under scrutiny as it hosts the UN climate change talks in November.