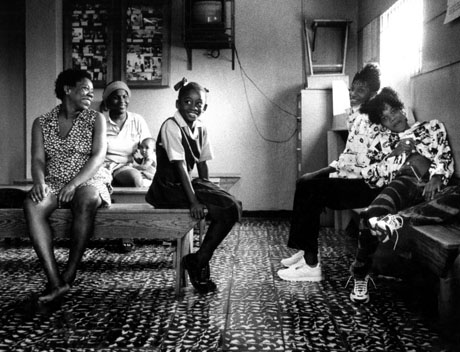 Economic and social issues are creating a situation in Jamaica where women are at higher risk of contracting HIV, especially those from low-income communities.

Mary* was 34 years old when she found out she was HIV positive. She had been in a relationship with her partner for eight years when he moved another woman into the house with her.

She broke off the relationship and moved out. However, shortly afterwards, she became ill, lost her appetite and started losing weight. She visited several doctors but could not find out what was wrong. Finally, one doctor asked her to take an HIV test.

“When the doctor told me I was HIV positive, I was shocked. I could not talk. My mother and sister kept asking me what the doctor had said, but I could not speak,” says Mary.

Since finding out about her status, she has attended many support group meetings, which she says have helped empower her.

Mary has four children, but only the eldest two are aware of her status.

Like Mary, many women in Jamaica are at risk of contracting HIV. Biological, economic and socio-cultural factors are driving the epidemic among women. Recent data from the Ministry of Health shows that more and more women are becoming infected. The percentage of females infected since 1982 stands at 42.4 per cent.

Dr Debbie Carrington, co-ordinator for treatment and care with the Jamaica National HIV/STI Programme explains that in Jamaica, women’s increased biological vulnerability is compounded by their subordinate social status. Women are more likely to have sexual intercourse without condoms for various reasons. And women are also more likely to have sexual contact even when they do not want to.

Dr Carrington further notes that young girls are particularly at high risk in Jamaica. Statistics show that females between the ages of 10 to 19 years are three times more likely to be infected in Jamaica than males of the same age group. Women between 20 to 29 years of age are one and a half times more likely to be infected than men of the same age group.

Dr Carrington says that, in many settings, sex is still a taboo. This, she explains, makes women vulnerable and prevents them from getting appropriate education, which would allow them to take informed decisions.

The barriers to women accessing prevention services are similar to the factors that put women at risk for HIV infection. Visiting health centres to be tested for STIs is still taboo because of stigma and discrimination. Dr Carrington also notes that condom use is still a sore thumb — in most one-to-one relationships, condoms are rarely used.

The 2008 Knowledge Attitude Practice and Behaviour Study (KAPB) conducted by Hope Enterprises for the National HIV/STI Programme found that, in general, women who were involved in multiple sexual relations were using condoms less. In the 15-24 years age group, there was a 1.9 per cent decline in condom use among females in 2008, as compared to 2004. In 2004, 59.6 per cent females reported using condoms while in 2008, only 56.5 per cent reported using condoms.

Skills training is the key

Marion Scott, behaviour change coordinator with the Jamaica National HIV/STI Programme says the Jamaican Ministry of Health and Environment was working earnestly on prevention programmes that target women to meet their specific needs.

Scott explains the Ministry of Health recognises that this is a critical area they have to address since women play such a vital role in society. She points out that a lot of the department’s community intervention programmes target low income communities.

“Our biggest challenge is to build self etiquette, to build their [the women’s] negotiation skills, because a lot of the time they are dependent on the man to provide for them. Thus, their ability to negotiate condom use is severely restricted,” explains Scott.

She adds that people who reside in low income communities inhabit a distinct world of their own and have difficulty negotiating condom use. Some of the women are for the most part unemployed, poor and dependant solely on their male counterparts for food and clothing. In addition to the socio-economic situation in these communities, women also have to contend with a machismo culture, where the man is king and women are not allowed to make decisions about when and how sex is performed.

Scott explains that this is a big barrier for the Ministry of Health, so attempts are on to channel them into the system by allowing them to develop a skill. As such, the government has started with literacy programmes because a lot of the women in low income communities are not literate.

Scott explains that outreach workers engage sex workers in prevention methods on site (where they are negotiating for sex), including condom demonstration.

“They [sex workers] will tell you that the condoms always burst anyway. But, in some instances, this is because of improper use. They may be using two instead of one condom because they think they are protecting themselves, but are doing the opposite because rubbing rubber against rubber will make it [the condom] more susceptible to breakage.”

Like the women in the lower socio-economic group, the Ministry of Health conducts various training programmes for sex workers, giving them options to either continue their work safely or to come out completely and find alternate jobs.

The department also conducts parenting sessions with sex workers as a way to keep their children from continuing in the business, and to empower them to guide their children into taking decisions that would not involve selling sex. Some sex workers are also trained to be peer educators.

A long way to travel

Jamaica has a significant distance to go before it can begin reversing the incidence of HIV among women. As the country and the world face an increasingly harsh economic period, it is expected that education, employment and skill building programmes in place for women will be tested.

Already, data from the 2008 KAPB Survey is showing that 49 per cent of sexually active adults in Jamaica are engaged in activities that put them at risk of contracting HIV. Some 39 per cent of adults report having multiple sexual partners and further investigation revealed that women between the ages of 19 and 24 years are drawn into multiple sexual partnerships because of poverty and unemployment.

Indeed, it will take a redoubling of efforts in Jamaica to meet the commitments made to achieve universal access here by 2010.