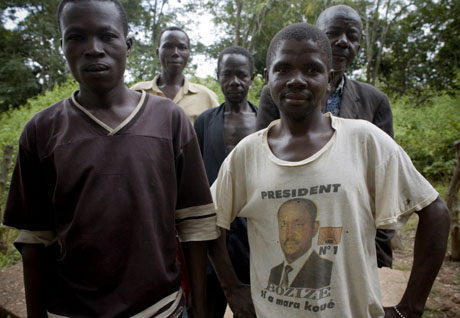 The World Health Organization has identified concurrent sexual partnerships and extra marital sexual partnerships (EMSPs) as being one of the major routes for HIV and AIDS transmission in the region. Understanding the role that male friendships and networks play in the prevalence of EMSPs are therefore important considerations in the HIV and AIDS dialogue, the report suggests.

“Male friendships are strongly associated with whether men have extra-marital sexual partners,” says the report’s author, Professor Shelly Clark, an associate professor of sociology at McGill University, Canada. “Much of the work on HIV and AIDS in sub-Saharan Africa tends to place the burden of HIV prevention on women. Although there is growing recognition that finding ways for men to reduce their risks is essential, research on innovative roles for men remains limited.”

The data was taken from the first two waves of the Malawi Diffusion and Ideational Change (MDIC) survey in 1998 and 2001, in which researchers took a random sample of married couples from three rural sites: Rumphi – a northern district, Mchinji – central district and Balaka – a southern district. This long term study interviewed 1,037 men in 1998 and 935 in 2001, asking them questions about their home life (such as number of wives and children), education, friends’ extra-marital sexual behaviour and EMSPs. The interviews were taken from two different years to check for changes in behaviour over time.

Eighty per cent of the respondents told researchers they believed their best friend behaved the same as them. Men whose closest friends had concurrent sexual relationships, were the most likely to report also having more than one partner, the research found; this association was weaker, but still significant, between men and their wider male social networks. Critically, the research found that male friends were often proven right when they suspected a friend of having an affair. ‘Forty five per cent of men who reported extra marital sexual partners in the last year were suspected of infidelity by a social network member,’ the report states.

“Moreover, while proving that men exert social influence over each other’s non-marital sexual behaviours is notoriously difficult, we find that men who report behaving differently from their friends are likely to adopt the behaviours of their male friends over time,” explains Professor Clark.

Men should be part of the HIV solution

The study suggests that policy makers could use the power of these social networks for HIV and AIDS prevention.

“In sub-Saharan Africa, men’s social networks could be effective in delivering messages about reducing the total number of concurrent partners and other safe sex practices,” recommends Professor Clark, who adds, “men often rely on their male friends to define what is acceptable and desirable sexual behaviour, interventions which emphasize the more positive aspects of masculinity, such as being strong and protecting oneself and one’s family, within these circles may prove far more effective than relying on messages from outsiders.”

“In short, [the research] frames men as a possible part of the solution rather than as intractable problems,” Professor Clark concludes.