Pakistan floods: what the future holds 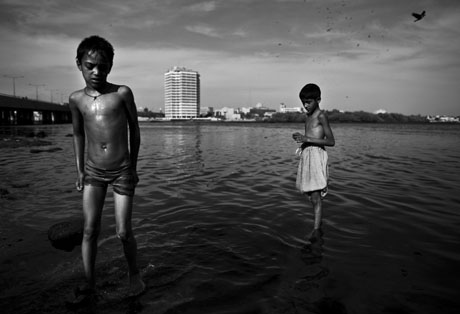 Neighbourly action in Pakistan’s Charsadda district prevented the floods from being an even greater disaster. But what trouble does climate change spell for the region’s future?

When the waters of the River Swat, swollen from unprecedented rains that fell over the Hindu Kush region in Pakistan burst their banks, the villagers of Charsadda District barely had time to escape from their homes. There was no modern early warning system in place but community leaders, hearing of flooding upstream in the valley of Swat, quickly warned their neighbours about imminent flash flooding and so many lives were saved.

“This kind of flooding has not happened since 1929” says Saleem Ullah from the UNDP-Pakistan office who hails from Charsadda, one of the worst affected districts in the current flooding. The UN says the disaster has left up to four million people homeless and more than 1,500 people are feared dead. This area was already reeling from the effects of the recent militancy in Swat, when thousands of people fled from the Taliban. “The people no longer appear to have the capacity to handle this disaster” says Saleem Ullah. “Their resilience is eroded”. Although it is impossible to say categorically that the current flooding is a result of climate change, experts are saying that we can expect to see more extreme and intense weather events in the near future.

“This was not a unique event. It can happen again. What happened is that a cooler, westerly system over the north of the country interacted with hot, moisture laden winds from the east and caused a series of cloud bursts over the Hindu Kush mountain region”, explains Dr Qamrul Zaman Chaudhry, head of the Met office in Islamabad. “Extreme weather events are on the rise and their intensity is also increasing. In the last six months alone Pakistan has been hit by a severe cyclone and now these massive floods.”

A Task Force on Climate Change was set up by the government in 2009 to advise them on the impacts of climate change in the country. The Task Force finalised their report and handed it over to the government in February 2010. In the section on ‘Past and expected future climate changes over Pakistan’ the report says: “It is projected that climate change will increase the variability of the monsoon rains and enhance the frequency and severity of extreme events such as floods and droughts”.

According to Shafqat Kakakhel, a former UNEP official who served on the Task Force, “We can see how the monsoon is becoming more chaotic, erratic and unpredictable. Last year, it came late and there was less rainfall. So either it is coming too late or too soon or there is too much rain. What the country really needs are standard operating procedures for disaster risk reduction. In Bangladesh they have FM radios advising people about flooding and people know exactly where to run to for safety. We need to have plans right down to the district level”.

People have also increased their risk of flooding by building homes in dry river beds or too close to the rivers. “There has been a lot of bad planning and management” explains Ali Sheikh of LEAD-Pakistan, a NGO based in Islamabad. “Also our population has grown rapidly. Adaptation is the key. We need better urban planning, we need to protect our infrastructure and we need to install early warning systems which are community-based. We also need to preserve our natural ecosystems where we can”.

The flooding has been made worse by the extensive deforestation in the country’s conifer forests, which started on a large scale in the 1990s when roads were built into remote mountain areas. There is also a direct nexus between the Taliban and the timber mafia in the north of the country which benefits from the lawlessness. In Swat many protected forests were cut down by the Taliban once they took control of the area.

However, Saleem Ullah from the UNDP who is also a trained forester from the Pakistan Forest Institute in Peshawar says that denser forest cover would not have prevented the recent flooding. “Perhaps it would have reduced it by 20 per cent or so, but there was just too much rain,” he said. “One or two heavy cloud bursts are enough to cause a local flash flood – this time there were as many as a dozen cloud bursts in a row”. For the people of Charsadda, the nightmare continues. “I don’t know how much more they can take” says Saleem Ullah. “They can only pray for God’s mercy”.