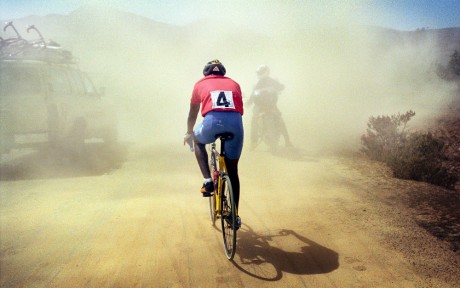 The Tour de France is known around the world. But the Tour of Eritrea? The multi-day race, which takes place over the hot desert beaches of Massawa and along winding mountain highways and precipitous cliffs, is Africa’s equivalent, only dustier. And it excites a similar level of passion to its French cousin.

Cycling is Eritrea’s national sport and is followed with zeal. There are more than 100 professional Eritrean cyclists – in a country of 5.4 million – and this year Eritrea sent its first Olympic cyclist to compete in the Games.

Daniel Teklehaimanot, 23, took part in the road race on Saturday. He was joined by only a handful of African cyclists: Tarik Chaoufi, Adil Jelloul and Mouhcine Lahsaini of Morocco, Dan Craven of Namibia, Daryl Impey of South Africa and Azzadine Lagab of Algeria.

In Olympic terms, Eritrea is normally all about athletics. With ten men and one woman entered in track and field competitions, this year is no exception. But Teklehaimanot’s entry will make this year special for the cycling-mad fans of Eritrea.