Praying for the land of plenty to return 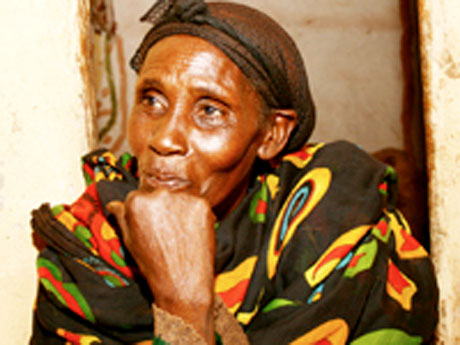 Ethiopia’s Boran people once enjoyed a diet of milk and butter supplied by their plentiful herds of cattle. Now they are planting crops to survive.

The Boran are not smiling much these days. Faces which once bore a radiant and polished look of triumph now bear the drab and dejected look of defeat. The old-timers in particular are anything but happy.

It is not that the Boran are hungry or thirsty. In fact, they are tilling their land and living off the food they produce. But being forced to till the land is not a part of Boran tradition, and it has drained the colour from their faces. In the past their whole diet was based on livestock and animal products; they believe they are being forced to grow crops for food today because the Creator became angry, not with the Boran themselves, but with the Land.

The Boran have an almost mystical respect for the Land. The Land is seen as the wife of the Creator, and mortals who inhabit it should accord it the respect it deserves; digging up the earth is not seen as a sign of respect.

At the ripe old age of 83, Doyo Godana remembers ‘the good old days’. He says a wife on good terms with her husband radiates beauty, adding, “In my younger days the Land was lush green and water was flowing in abundance.” That, for him, constituted the perfect husband-wife bond.

Their predicament today, he and his people believe, is a result of a rift between husband and wife. “These days the husband is not happy with his wife,” he concludes. He feels sad for the younger generation. “My parents never dug up the land. I never dug up the land. But my children and their offspring do because they had no choice.”

Dig the hostile terrain or starve

Choice, or the lack of choice, forced the Boran to work their fields. Recurrent drought and subsequent famine caused their livestock population to dwindle to the point where they either had to lift the hoe and dig the hostile terrain or starve. They chose the former.

“We had milk in abundance and feasted on butter and meat,” Doyo says. “Now there is no grazing grass and it has become impossible for us to beef up our cattle.” Emaciated animals lack the energy to pull a plough. The Boran treat their livestock with great affection, so cracking whips across the oxen’s backs to make them work harder would not be acceptable; it would feel like whipping their own flesh and blood.

The Boran are now eating agricultural products, and they don’t like it. Seventy-two-year-old Gerbore Ali bitterly describes how he first tasted corn at the age of 45. Many view the forced dietary changes as a curse, and Gerbore believes that he at least enjoyed better days in the past. “I feel sorry for present-day children,” he says. “They start eating corn at the age of five.”

The fields are dry, water scarce, and the Boran believe they are paying the price for the Creator’s dissatisfaction with his wife. They never thought they would have to sweat on the fields to survive. “I started digging the land when I reached the age of 55,” says Gerbore. “It is a very tiring undertaking.”

The Boran now find themselves working the fields more and more but their unease is still very much in evidence. Each time they are about to hoe the ground, they plead with the Creator and let him know they were forced to do so because they had to put something into their bellies.

“Even the calves drink tea”

Arima Mollu, a 65-year-old woman, feels heartbroken because children now eat corn and drink tea. “In the past we needed clean water only to wash jugs into which fresh milk was poured. Today even the calves are given tea to drink!” she exclaims, still finding it difficult to come to terms with the changes.

The Boran believe that there is only one way to free them from what they consider a life of misery and to bring back those meat-and-milk days: the Creator and the Land should reconcile as husband and wife.

And as a way of throwing their weight behind possible reconciliation they pray daily for the dove of peace to make its presence felt. Their prayers will continue until the corn stalks in the fields are once again replaced by livestock.