Q&A with Argentina’s delegates at COP17 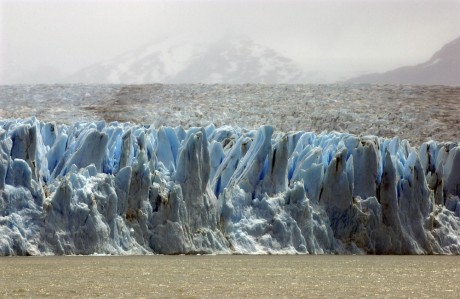 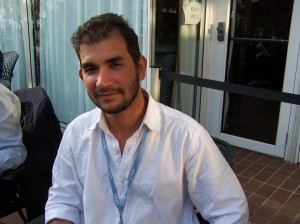 What’s the most pressing environmental threat facing your country?

There are several environmental problems in Argentina. First one is open mining, and the non compliance of the Glaciers Law. Another problem is deforestation and changes in the land use. In spite of having a Forest Law, Argentina continues to loose its forests.

Another problem is the use of agrochemicals in extensive agriculture, and the pollution of the Riachuelo Matanza river basin, located in the northeast of the city of Buenos Aires, in an area of 2240 square kilometers in which some 3 million inhabitants live.

From all those problems, glaciers melting and deforestation are strongly related to climate change.

Despite not being a major contributor, Argentina has slightly increased its emissions of green house gases in the last decade, especially in the agriculture and energy sectors. Major argentine carbon emisors are energy and transport (44 per cent of the total emissions), agriculture and livestock farming (41 per cent), and industry (5 per cent).

Has the conference (so far) come up with solutions that can deal with these problems?

I’m positive about it. As UN Secretary Ban Ki Moon said, we have to reach an agreement, beyond the economic interests of each country.

It is necessary to reach a second period of the Kyoto Protocol. If not, we will have to rely on voluntary commitments and pledges on reducing carbon emissions. There were also some steps forward in the Green Found agreement, and in the REDD Plus mechanism, that allows industrialised countries to get carbon credits by financing the protection of forests in less industrialised countries. But we still have to agree about the safeguards, and the verification and measurements mechanisms.

Do you think that major industrialised countries are taking the views of low and middle income countries seriously enough?

The position of the European Union is to support a second period of commitment under the Kyoto Protocol, and that’s great. But there are countries like Canada, Russia and Japan that don’t want to continue with the Protocol. And the United States doesn’t have a clear position but is saying that it is necessary to have a second period of Kyoto that includes all the countries, developed and non developed.

How should countries in the ‘global South’ work more closely together to fight common environment threats?

Actually, Latin American countries should negotiate as a group, but they don’t do so. Brazil negotiates with the BASIC countries (Brasil, South Africa, India and China), there is also the ALBA group (Venezuela, Bolivia, Cuba, Ecuador, Nicaragua and other Caribbean countries), and Argentina takes the roll of speaker of the G77 group, that includes more than 140 countries with very different positions.

The biggest disappointment with the conference so far?

As one of the delegates said: “While we are having meetings and discussions in this beautiful city of Durban, while millions of people are needing urgent solutions. If we don’t agree now, people won´t take COPs seriously any more”.

What would be the best outcome of COP17 for Argentina?

One of the big differences with past COP 16 in Cancun, is that Durban is really a sustainable city. And NGOs are at this COP very close to national delegators, I think that is a good point to reach together – governments and civil society – an agreement. 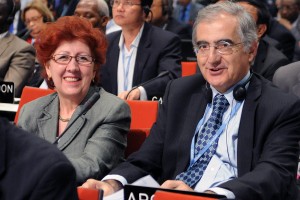 Has the conference (so far) come up with climate change solutions?

Argentina is not a main contributor of CO2 but it is suffering the consequences of climate change. That said, Argentina’s position, as part of the G77 plus China group, supports the continuation of the Kyoto Protocol. More political commitment is necessary to raise the level of ambition of developed countries’ pledges, in line with what is required by science, equity and historical responsibilities.

We have hope and determination to make all needed efforts to achieve an outcome that is comprehensive and balanced, enabling the full, effective and sustained implementation of the Convention through long-term cooperative action now, up to and beyond 2012, pursuant to the results of the thirteenth and sixteenth sessions of the Conference of the Parties, addressing both implementation tasks and issues that are still to be concluded as per the agreed agenda. Such an outcome, on the basis of equity and taking into account the principle of common but differentiated responsibilities and respective capabilities, demands a decision on establishing the commitments of the second commitment period under the Kyoto Protocol here in Durban.

I am amazed at some voices that are already decrying Durban, as if their hope was for this process to fail. The feeling of negotiators and observers here in this building is far from that. When citizens both in developing and developed countries hear that the talks in Durban are disappointing or that there are very low expectations for them, they have to be very aware of who it is that is talking. I truly believe that, even on the face of clear difficulties and challenges, and without minimising the enormity of the task before us, progress is being made and we are still on a path that could lead us to a realistic success.