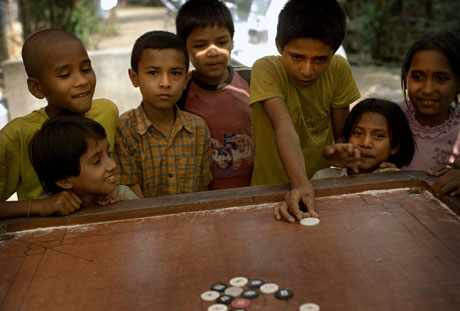 In 1990 up to 100,000 ethnically Nepali Lhotsampas were expelled from Bhutan, after the government introduced a new citizenship test. Now, nearly 19 years after these Bhutanese refugees took shelter in bamboo camps in Nepal, they face a dilemma as the US, and other western nations, offer them the opportunity of moving from Nepal.

Since then the old have become elderly, the young have grown old and children have become adolescents. A whole new generation was born right here in the camps. As the population gets older, there seems very little hope of the Bhutanese refugees being repatriated back to their homes in Bhutan.

The UN with support of International Organization for Migration have started a resettlement process to help refugees move to the USA, Canada, Australia and four European countries. But many of the older generation are reluctant to leave.

As thousands prepare to leave the camp, we wonder what the future holds for them.

Naresh Newar from Panos South Asia went to a refugee camp in Beldangi.