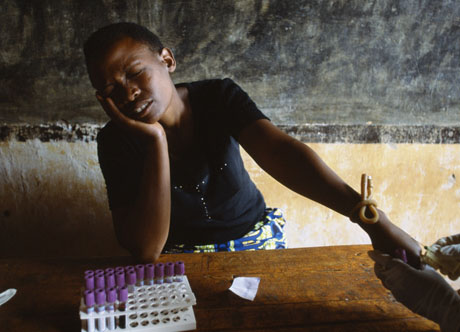 Without careful counselling, many find it difficult to come to terms with their HIV positive status. Forcing unprepared migrants to take the test will put them – and others – at risk.

In 1998, Gracia Violeta Luiroga, a young Bolivian girl, was raped by unknown men. Little did she know more bad news was yet to come.

Four years later, her older sister took her for an HIV test – without asking for her consent. It was done without any pre-test counselling. After the test, Gracia’s sister, failing to consider what the impact would be, took her to receive the results. The outcome was devastating. She was HIV positive.

Gracia was not prepared for the result.

“I had never thought I could ever be positive. All I knew was that AIDS was a disease for men who have sex with men,” she says. “I decided to end my life and walked towards a bridge that people often went to [in order to] commit suicide. When my sister realised what I was about to do, she arrived just in time and stopped me.”

From then on, Gracia hated her sister and refused to accept her own status. Three months later, she decided to have another test. This time, she went through pre – and post-voluntary counselling and testing (VCT), and was confirmed positive.

“Although it was hard to get the confirmation, I felt much better than how I felt when my sister ambushed me,” she said.

Gracia was one of the speakers at a controversial session on Scaling up testing and counselling: A Human Rights and Public Health Imperative at the concluding AIDS 2008 conference.

The session, which brought together public health experts and human rights activists, also demanded the removal of all mandatory policies that compel immigrants to take an HIV test without consent, their detention and deportation, and leaking of client information to employers, because of their HIV status.

“It is worse for immigrants because, unlike my situation, where my sister did it because she loved me and because she was ignorant of the impact, immigrants are forced to undergo testing by governments, by the police – total strangers. After this, they are deported to their countries without any arrangement for treatment, care and support.”

Amara Quesada, Programme Officer at the Action for Health Initiative in Philippines, said imposing mandatory testing on immigrants means denying them pre- and post-VCT. “Deporting immigrants will not reduce HIV,” she said. “Instead, immigrants will go underground, conceal their identity and become a risk to others.”