You are here: Home » Blogs & features » Photo features » The forgotten of war

The forgotten of war 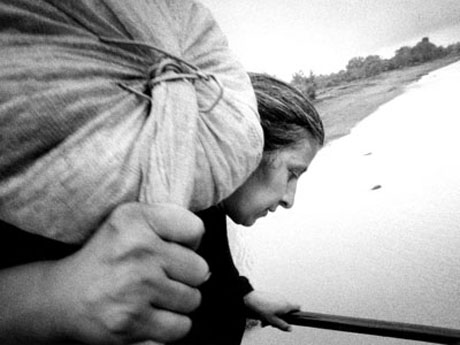 A Georgian woman hauls a bag of belongings over the Abkhazia-Georgia border on a footbridge over the Inguiri River afer fleeing an outbreak of fighting between Georgian partisans and Abkhaz forces in the Galsky region. 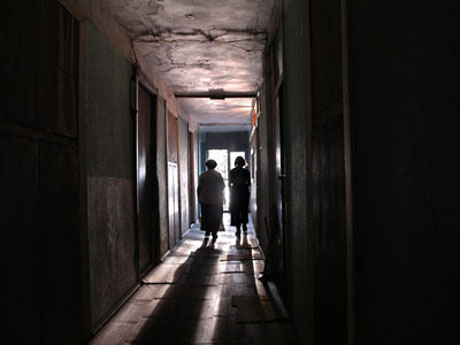 People have complained that they feel unable to make repairs to these hotels, partly because of fear of eviction but also because of hope of being able to return home. 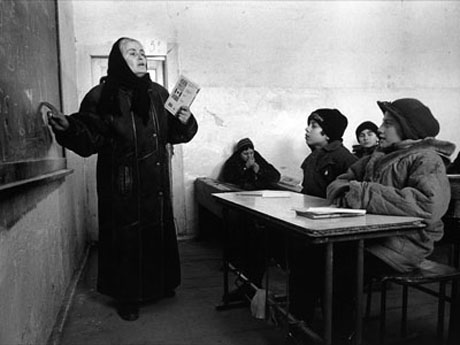 Refugees from Chechnya in the village of Duisi. Children get English lessons at school, but they have to wear hats because the classroom is so cold.

Some refugees have complained about the difficulty of integration, whilst there is a perception amongst some Georgians that refugees are getting preferential treatment. 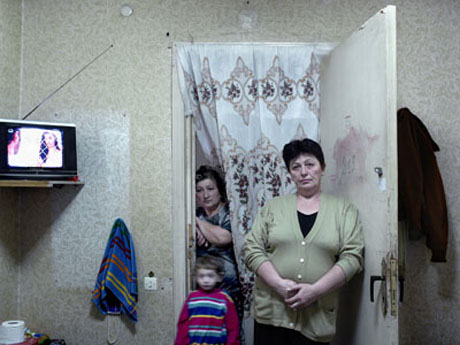 In August 2008 a war broke out between South Ossetia and Georgia causing more refugees to seek shelter in the Georgian capital, Tbilisi. 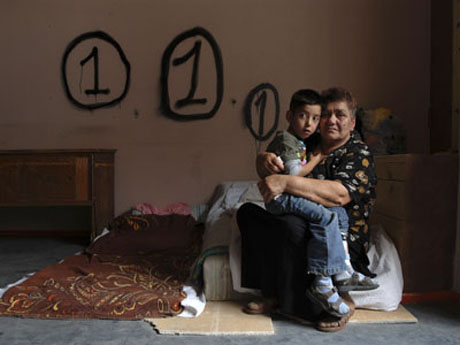 Five year old Tengiz Eliauri, who suffered heart complications during the evacuation from his home village during fighting close to the South Ossetia border, is now paralysed on one side of his body. He lives as a refugee in the Georgian capital city, Tbilisi, with his 62 year old grandmother Sophio Eliauri. 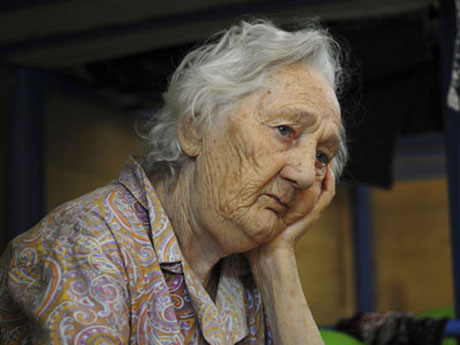 Taso Askilashvili had her house near the main military base in Gori completely destroyed. The 80-year-old was carried to safety on the shoulders of her daughter and ended up at a refugee camp for IDPs (Internally Displaced Persons) fleeing violence in the South Ossetia region.

In 1993 fighting and unrest led to as many as 250,000 ethnic Georgians being expelled from Abkhazia, a region which declared independence from Georgia in 1992, causing them to become refugees and internally displaced persons (IDPs). Since then many have returned home to Abkhazia but many have been forced to remain in other Georgian regions. In turn the Chechen conflict with Russia during the 1990s, and more recently the South Ossetian conflict, in 2008, has increased the numbers of refugees and displaced people in the country.

Below is a series of photos from Panos Pictures showing different elements of people’s lives as they try to come to terms with their displacement. Panos London has published this gallery to coincide with the annual World Refugee Day.

Panos London worked with the Internal Displacement Monitoring Centre (IDMC) during 2007 to interview people displaced by the Abkhazia conflict. More can be read at www.idpvoices.org