You are here: Home » Blogs & features » Print features » The real face of Pakistan

The real face of Pakistan 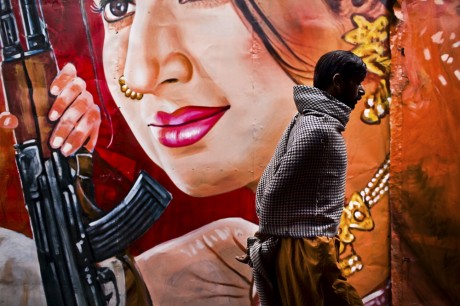 What is the real face of Pakistan? Pick up a local newspaper and you will find a photograph of its 34–year-old female foreign minister, Hina Rabbani Khar, dressed in a silk shalwar kameez, wearing designer sunglasses and toting a an obscenely expensive designer handbag. Below it is a picture of a young girl in a tattered chador crying in front of the ruins of yet another government school that has been blown up by the Taliban.

They are two different worlds, yet they co-exist in a country full of contradictions. A friend of mine once described Pakistan as “Surrealistan” – a land of unexpected juxtapositions. There is the overwhelming generosity and warmth of its people juxtaposed with the increasing brutalisation of its society by extremist attacks and sectarianism. Then there are the popular fashion weeks that routinely take place in the big cities, where models parade in revealing dresses, while elsewhere the self appointed “Halal” police order women to cover their heads and to wear modest clothes in public. Recently I interviewed a woman who runs a charity helping flood victims down the road from a madrassa that churns out potential suicide bombers spewing hatred for other religious sects.

When I lived in Lahore I often used to go to the polo ground on Sundays to watch the matches. The young women wore skinny jeans and embroidered tops, the men wore jeans and Polo shirts. Both wore designer sunglasses and spoke English in an American accent picked up at colleges in the US. I could have been in Palm Springs, except for a small group of bearded men in shalwar kameez who would grab my attention. There were no women in this group, which always found a spot away from the rest of the spectators. They were also there to cheer on the players and place bets on the teams. I later found out that they were labourers working in Lahore, who had come to enjoy the matches on their day off. They came from the mountains – some from the valley of Swat, where the Taliban had banned education and blown up more than 400 schools before the army launched its operations. Their daughters will probably not even complete school, let alone college. 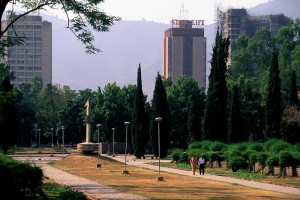 In Islamabad, where I now live, there is a thriving café culture and most evenings the trendiest hotspot, called Kohsar Market, is packed with couples smoking I pipes and sipping imported coffee. At one end of the market, under a tree, lies the unmarked spot where the outspoken Governor Salman Taseer was gunned down by his bodyguard for supporting a poor, Christian woman accused of committing blasphemy. Nearby, behind the up-market homes with French windows opening up onto green lawns, is the Christian colony, an illegal slum where sanitation is scarce and infant mortality rates are high. Nearby is a large open drain and when it rains hard the drain becomes a raging stream that often overflows.

These scenes are just some examples of the complex religious, economic and social divisions within the country. Crippled by violence, a failing economy and the steady deterioration of institutions, Pakistan is under attack from within. Since 2001, increasing intolerance and extremism have claimed the lives of more than 35,000 people, while scaring off foreign investment and tourists. Bombings have become a constant threat and journalists, politicians and activists, along with anyone else who speaks out against intolerance, risk their lives to do so. But if Pakistan wants to become the modern, secular state envisaged by its founding fathers, then the tide has to be turned.

There is hope that Pakistan’s tech savvy youth will bring about the change that is desperately needed. Towards the end of last year a young boy band posted a “revolutionary” video on the internet that has gone viral. The band calls itself the “Baghairat” (dishonourable) Brigade as opposed to the so called “Ghairat” (honourable) brigade in Pakistan that condones the honour killing of women and hails murderers as heroes and the song has been receiving hundreds of thousands of hits.

The video pokes fun at those considered heroes in today’s Pakistan – Ajmal Kasab, the surviving terrorist who attacked the Taj hotel in Mumbai and Mumtaz Qadri, the bodyguard who murdered Governor Salman Taseer. The lyrics point out that a real hero such as Abdus Salam, the only Nobel Prize winner Pakistan has ever produced, is not celebrated because he belonged to the minority Ahmadi sect that is currently being persecuted in Pakistan. Last summer, in one of the bloodiest attacks ever made on a minority sect in Pakistan’s history, armed terrorists invaded two mosques of the Ahmadi sect in Lahore, killing 88 people and injuring more than one hundred.

The song starts off innocuously with three young boys complaining about their packed lunches of egg and potatoes, insisting that they want chicken even if it is now too expensive for their mothers to buy. Pakistan has, in fact, one of the highest food prices in South Asia (despite being a predominantly agricultural country). The video then quickly takes on the politicians who have let this country down, and doesn’t spare the army either which introduced militancy to Pakistan in the 1980s during the dictatorship of the late General Zia ul Haq, who supported the jihad in Afghanistan against the Soviet Union. In a placard they hold up are written the words: “Mullah + Military + Zia ul Yuckee”, suggesting that the religious right and the army under Zia ul Haq’s Machiavellian guidance have brought Pakistan to the stage it is today – almost a pariah state, accused of being a bastion of the Taliban. 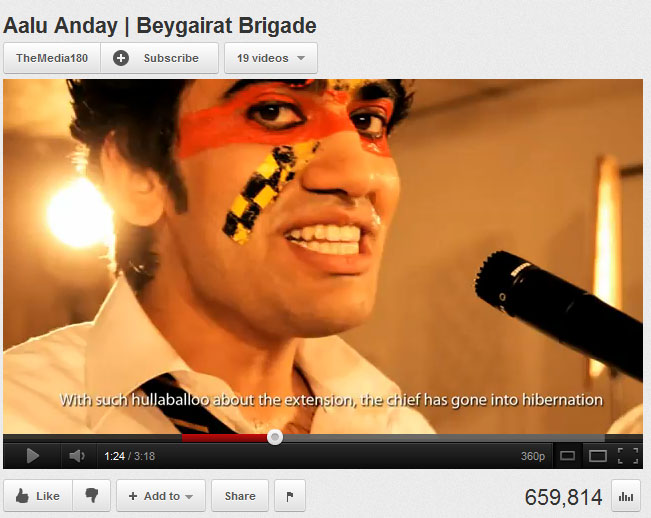 What is truly inspiring is that the young men who created this video and posted it for free on YouTube, come from lower middle-class families – they are not members of Pakistan’s wealthy elite. There are other signs of change even in the rural areas. I recently visited a small village in Haripur, around an hour’s drive from Islamabad, where the local mullah (priest) had been involved in a bomb attack on a Christian Missionary hospital that killed many people. The principal of the local coeducational school, run by a charitable trust that provides free education for underprivileged children, told me: “People are realising that Talibanistion is not an option. They have seen how many innocent people have been killed by the terror attacks in the country and they don’t want these kind of people to come into power. The people in my village no longer support the Taliban. This is a welcome change and an important one for the survival of this country.”

There are also signs that Pakistan’s military is having a change of heart. Jihadis have long been protected as “assets” by the Pakistan army, resulting in the spread of extremism in the country. An army major once told me that these “unpaid soldiers” would “come to the country’s defence when called upon”. Yet a recent study by the army’s own intelligence agency has found that extremists are now an even a bigger threat to the country than a potential war with India. It is only when the military establishment stops supporting jihadis as a policy and clamps down on extremism that the Taliban menace will be eradicated from Pakistan. Until then, Hina Rabbani Khar will remain just a poster girl, the soft face of a hard country where schools are routinely bombed and murderers hailed as heroes.

Rina Saeed Khan discusses the state of Pakistan from the inside - from the Taliban and 'Halal' police to café culture and boy bands.