You are here: Home » Blogs & features » Print features » ‘To tell you the truth we are starving’ 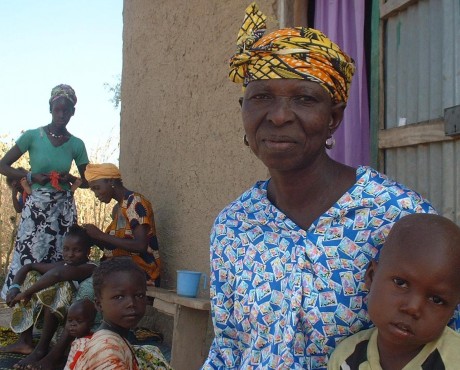 For almost a year we have been following the life of Kaidia Samaké who lives in the village of Gwelekoro in Mali. Kaidia, 41, is a widow. She supports her children and grandchildren, trying to feed them, clothe them and send them to school, despite having limited means of making money.

Every couple of weeks she describes what is happening in her life to Malian journalist Soumaila T Diarra who gets on his motorbike and drives the 40-minute journey from Bamako to Gwelekoro. He then recounts her stories in her own words in our Voices from the Ground blogs.

With a food crisis currently sweeping the Sahel, Kaidia’s blogs trace how in the past few months the annual ‘hungry season’ intensified, pushing her family and other villagers to the brink of starvation.

Rainfall shortage is almost a regular phenomenon in our country, but this year’s case is worrying. We are going to face a famine this year. The harvests failed because it didn’t rain enough. My field of rice was the most affected. I didn’t harvest any rice at all. Many other people in my village will suffer from this situation.

We experienced the same problem the year before last. It rained well at the beginning of the rainy season, but it stopped in the middle. My rice crops dried up as if they had been burnt in a fire.

She knew then that they would not have enough food for the year and by February stocks of food were already running low. As a result women have been forced to collect firewood to sell, even though Kaidia knows this leads to deforestation. 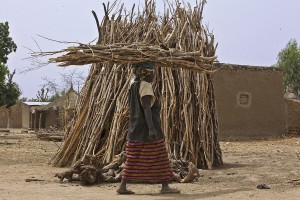 In May, Kaidia appealed to Mali’s new government to help rural people like herself because they were starving.

I’d like the new leaders of the country to think of rural people. To tell you the truth we are starving; we are living in deep poverty. Whatever we do is bound to fail because of poverty. …

Helping us well means giving sufficient food and economic opportunities [such as loans].

Normally when the crops fail the women of the village can sell previous harvests they have kept in store, such as groundnuts, or gather wild fruits, such as shea kernels. 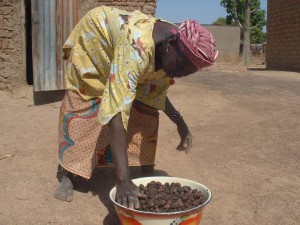 In previous years Kaidia has sold livestock to tide them over. But this year, these options have either been exhausted or aren’t available. They have no food left in storage, no savings to fall back on and nothing left to sell.

Usually, when the harvests fail I sell small animals to earn money and feed my family. Before school started [in October] I had a goat and a sheep, but I sold them to pay for copybooks and clothes for the children. Now I don’t have small animals. If the rainfall shortages continue, the future will be even more difficult. It will be an endless difficulty because when you are poor it is harder to save for future.

Later in May, Kaidia and the other women in the village were forced to pick the fruits of the nere tree before they were ripe, even though they knew it was wrong, because they needed money to buy food. They didn’t have any other choice.

This morning, after breakfast, I went to the bush with other women from my village to pick the fruits of the néré tree. It is not yet the season for picking the fruits of néré trees. But because they need to make money quickly people have started to pick fruit that is not ripe yet.

When people starve they do things they know are bad for them.

Everything failed on the farms here last year. The shea tree, which is another means for women to make money to buy food, did not produce many fruits. So in order to find money we are cutting trees to make firewood and charcoal that we sell. We know we are destroying our environment and it can have long-term consequences on our lives. But we don’t have any choice. 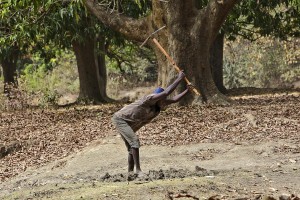 In July, Kaidia reported that, for the first time in her life, she probably wouldn’t be able to fast for Ramadan because she didn’t have enough food to break the fast each day.

Women cannot make decisions about village life and have no land rights, which is why they rely on collecting wood and wild fruit to make money to buy food.

Men decide everything about the community’s life. When something must be discussed by the villagers, men meet in the chief of the village’s meeting room. Women don’t have the right to take part in those meetings. …

A popular song women usually sing contains the line ‘being a woman is an injury’.

You have to obey and keep in your mind that you are different from a man. … 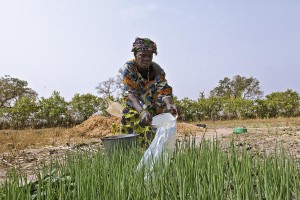 Solutions are running out

Last year, Kaidia told us that she and the other women in her village had formed a women’s association that gives out small loans of up to 50,000 CFA frances (£65) to the women in the village.

But they can only give out loans when they are able to collect donations from the women in the village – a weekly sum of 200 CFA francs (26p). Without the means to earn money this year, and with every spare franc being spent on food, it will be hard to sustain such a venture.

It hurts my heart

Kaidia explains with heartfelt frankness what it feels like to not be able to feed your children.

These kinds of difficulties are hard to handle. Some days you don’t know how to find food for your children. Since my husband died I’m feeding my children alone, so I need to provide their food and their clothes. Last year and the year before, I faced those difficulties. We traded on our small belongings and I sold what little groundnut I had in store. I used part of that money to feed the children and traded with the other part.