US bulldozer tactics at close range 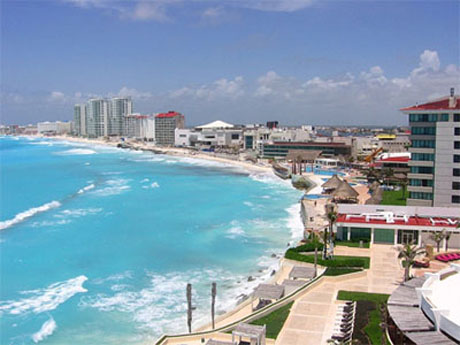 Rebuilding trust before the conference resumes in Cancun is essential according to Emmanuel Okella / Marcelo Gonçalves (flickr.com/photos/marcelocg/)

This meeting in Bonn comes at a critical time. As widely reported, the failed Copenhagen talks meant this latest round of negotiations was characterised by suspicion and mistrust between wealthy and developing nations.  But developing nations, at least from where I’m sitting, seem to be showing a united front.

The Sudanese lead delegate Ambassador Lumumba Di-aping told me there have not been withdrawals from agreed positions and that they have been moving as a block, consulting one other and seeking consensus.

What’s clear is that all delegates need to rebuild trust within the process ahead of the next UNFCCC in Cancun, Mexico this December.

Industrialised countries like America are expected to take the lead, both in terms of emission reductions, as well as in setting the terms of the provision of financial support to developing countries. But to date, they have not been ambitious enough in terms of emission reductions and in many cases, actual reductions fall short of goals. Significant finance has not come forward.  This has led developing countries to be hesitant about fully engaging in the process.

Countries familiar with the US bulldozer approach to negotiations will tell you that America never allows itself to be outdone. I witnessed this here in Bonn at a briefing session with the American lead negotiator, Jonathan Pershing.  I had initially said, at least to myself, I would not attend his briefing especially after hearing cameras weren’t allowed.

Why would someone who is going to speak to journalists about his earnest thoughts and his country’s ‘best way forward’ on such a matter, of public concern, say no to cameras?  Unless it’s to send a clear message of: ‘I dictate the terms’.  The conclusion is yours.  My television colleagues said they would instead spend their time with other stories, but I half-heartedly decided to attend.  After all, the US spokesman’s thoughts would have some relevance to my audience in Uganda. I remember, quite vividly, during my old school days, how powerful we perceived America; that when it sneezes, the rest of the world catches a cold. Besides, my beat is radio, and recorders were allowed.

We wait. After waiting 30 minutes in the lobby of the Maritim hotel where the conference is taking place, we discover the meeting has been pushed back another 20 minutes. When we eventually get into the conference room,  Jonathan Pershing tells us how his country is taking the lead on local legislation on climate change and how that legislation is likely to open up funds and also guide them on reduction of green gas emissions. A journalist colleague from Cameroon, David Akana asks him whether the five billion US dollars pledged by America of the 30 billion promised by developed countries to the adaptation and mitigation fund was actually new money. He also wanted to know who would benefit from that contribution.

The response was very interesting. “This pledge was made in Copenhagen and any country that didn’t sign onto that accord doesn’t qualify for this money”, said Pershing, “It’s also up to you to describe whether it’s new money, because we are already contributing billions of dollars, some for environment, through global agencies and our own aid to developing countries.”

This attitude suggests America, the biggest polluter, is doing the rest of the world a favour. But it appears to me is that the United States cannot shift the responsibility for taking action to other countries when it is one of the leading emitters.

The current commitments made by the richest countries are insufficient, and could lead to, in the worst case scenario, temperature increases of between three and four Celsius. This is widely expected to have devastating consequences for many countries in the world.

For now it might seem possible for the US and other major emitters to have their way; they can decide to go slow on reducing emissions and even play stick and carrot with their money. They can decide to refuse to help developing countries set in place adaptation and mitigation mechanisms but I predict that regret for those decisions won’t be long in coming.

Emmanuel Okella is a fellow with the Climate Change Media Partnership (CCMP), a collaboration between Panos, Internews and International Institute for Environment and Development. The opinions in this blog feature do not necessarily reflect the opinions of Panos London.